Condom Company with a Cause: To Make Safe Sex a Basic Human Right 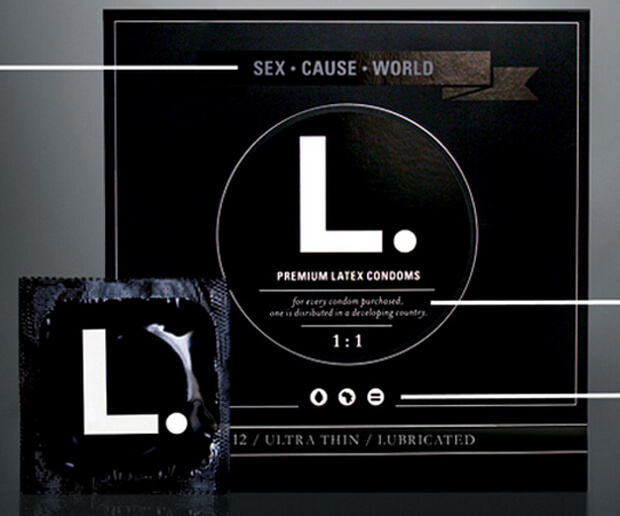 Condom Company with a Cause: Empowerment through Safe Sex

This company is all about empowering women through promoting safe sex.

L. is a condom company that dedicates itself to making safe sex a basic human right.

How ? For every condom that L. sells, the company distributes one condom in a developing country.

Great idea huh ? So what if L. condoms might cost a little more than some conventional ones. When one thinks about the message that L. is striving to spread, it makes the extra cost absolutely worth it.

For example, consider the statistics L. has put forth about the consequences of the lack of appropriate safe sex measures. According to the company, if contraception were broadly available in poor countries, more than 50 million unwanted pregnancies could be averted annually, which would translate to 25 million fewer abortions per year.

With specific focus on women belonging to the low-income group in Sub-Saharan Africa, a crucial part of the company’s business philosophy says “Providing condoms is not just humanitarian investment, its smart economics.”

According to L. company’s research, if the women from these regions are provided with the contraceptives they need, the resulting decline in unintended pregnancies would bring down costs related to maternal and newborn care by $5.1 million.

Focusing on the over 14 million AIDS orphans living in Sub-Saharan Africa, L. has partnered with organizations that focus on education, distribution and de-stigmatization of safe sex.

Beyond Just Saying No to AIDS

Given the over 5000 HIV transmissions that take place in Africa every day, and the staggering 4000-plus deaths that result from AIDS daily across this continent, L.’s statistics say that AIDS is responsible for more deaths in Africa than all wars, famines, floods and deadly diseases  combined.

And while safe sex by the use of condoms is a seemingly obvious way out, the fact that over 33 million people in Sub-Saharan Africa are living with HIV and AIDS is clearly demonstrative of the fact that a massive chunk of Africa’s low-income population just does not have access to condoms.

Add to this the fact that 75% of Africans aged 15-24 are girls, by distributing quality condoms for free, L. focuses on empowering young women in Sub-Saharan Africa not just by preventing AIDS, but also by offering them a better quality of life; giving them the chance to complete their education and of having a higher quality youth in general.

L. says that if L. condoms were to constitute just 5% of the condom market, this would translate in the company being able to serve the condom needs of three countries with the highest HIV prevalence rates.

Given the company’s belief in being as sustainable and environment-friendly as possible, even the production process has been very carefully designed so as to minimize the company’s carbon footprint, while the packaging – which uses recycled paper – reflects L.’s passion for minimizing materials while maximizing functionality.

Talia Frenkel: About the Love that Begins with L. 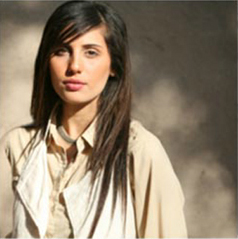 A photojournalist by profession, Talia Frenkel founded L. with the purpose of changing what she saw through her lens.

With her work having needed her to document tsunamis, earthquakes, fires and floods for the Red Cross, as well as having documented many human rights issues for NGOs, Frenkel saw what was lacking amongst people in the remotest of places.

It was this work, she says, that was responsible towards opening her up to the human costs related to AIDS. And thus began Frenkel’s journey. Of building L. with the mission of making safe sex a basic human right, while also creating better condoms for the world.

She says in her recount of the company’s philosophy and journey “This movement is about the kind of love that can change the lives of millions around the world. That love begins with L.”