TAGS:
A fall in the Nikkei share averageBank of JapanChinese fund concerns 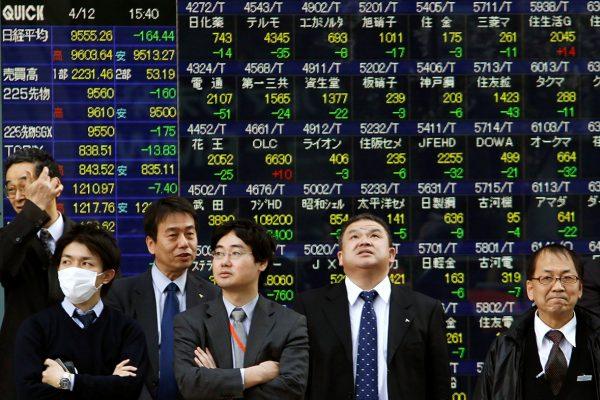 A fall in the Nikkei share average of Japan from the four-week high was witnessed on the 26th of October over Chinese fund concerns. These concerns are mostly connected to the expected redemptions due to a weak performance in the fourth quarter along with the continuation of Fanuc Ltd‘s poor earnings.

The fall in the Nikkei share average was almost 1.4 percent, and attained 8.933.06 following the slump in shares across Asia due to a report published in the China Securities Journal about Chinese fund concerns. The report claimed that the funds in China had posted a loss amounting to 75 billion yuan in the three months leading up to September.

Market experts revealed that the region was selling off at an aggressive rate. However, they had the benefit of a much better run in the area in spite of poor results in the United States. The Chinese currency, yen, seems to have been very encouraging and many individuals were getting long.

The benchmark was able to rally over 6 percent in the face of a two-month low due to Chinese fund concerns on the 12th of October and the close on the 25th of October as a softer yen coupled with hopes of considerable easing from the Bank of Japan overcame weak earnings and cautions on profit.

Sources divulged that the Bank of Japan is most probably going to loosen the economic policy by next week through an increase in assets purchased at a minimum of 10 trillion yen and may even commit to investing cash till an inflation of 1 percent is reached, a remote goal for the Bank of Japan given the core consumer prices which fell by 0.1 percent in the course of the year to September.

Market analysts claim that the Bank of Japan has made a decision to spend its chips since no matter what it does, the world economy, especially China, is seen to slow down.

Fanuc Ltd., the industrial robot manufacturer, which boasts of great exposure to China saw a fall in the Nikkei share average by 3.1 percent following the declaration of the corporation that its profit from operations had suffered a fall of almost 12.6 percent in the early half and forecasts came in indicating a fall of 7.6 percent for the entire year.

A loss of approximately 3.2 percent was registered by Canon Ltd. after cutting its profit outlook for the full year by about 10 percent and registering a profit for the quarter, which missed estimates. Sales were affected by Chinese fund concerns and anti-Japan sentiments following a territorial dispute, together with the decrease in demand in Europe. Economists believe that the sales volumes and revenue for digital cameras was weaker than expected. In case of short term, the stock is most probably going to rise if the depreciation of yen is greater than an aberration. However, in case of longer term, the company needs to consider adding to its base of earnings.

The wider Topix was also responsible for a fall in the Nikkei share average, losing 1.4 percent to reach 741.23 in terms of strong trade, with a volume of 112.6 percent of its average of 90 days.

Most of the revenue from the firms in Japan has been less than impressive. Almost 13 out of 19 companies on the Nikkei index have reported undershot expectations.