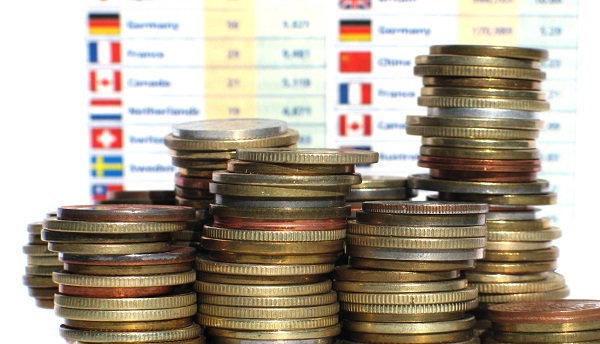 The idea of a country's debt has been revised

The continued financial crisis in large and small economies across the world, has led to academics revisiting the concept of debt in the context of borrowing. Currently, the US debt is 74 percent of its GDP and analysts predict that the numbers will remain the same in the next ten years, causing a lot of concern for both sides: policy makers and taxpayers.

Growth in Time of Debt

Therefore as part of the worldwide debate and discussions on the level of borrowing that a country should seek external funds, a seminal economic paper by Harvard economists Carmen Reinhart and Kenneth Rogoff, called “Growth in the Time of Debt,” provided valuable insights. According to their  widely-known and popular theory, countries that had high debt levels were found to have slow growth levels – in comparison with countries with lower debt levels.

Many decision makers were highly influenced by these findings, including the US government which adopted the practice of austerity and opted for cutting back on spending. The fact that the US government was definitely influenced was well summarized by Quartz’s Fernholz : “It’s hard to get bipartisan agreement on anything in the Senate, but you can see influential legislators from both parties were listening closely to the two economists as they engaged in key debates over the economy. Even the notoriously obstreperous Coburn noted that ‘there was remarkable agreement about the severity of the problem.”

Economists such as Hardon,Pollin and Ash differ on the Reinhart and Rogoff’s findings. According to the trio, for country in debt of 90 percent, the GDP growth is likely to be only around 2.2 percent each year and not -0.1 percent as it was found by the Harvard duo.

Surprisingly, a student recognized a basic error in a spreadsheet the duo used to base their findings. Though this has proved to be an embarrassment, the fact is now well established that there was an error in the findings by Reinhart and Rogoff.

Even though the duo did respond to the new discoveries, they did not directly dwell on the error in the calculations in their initial responses. They only justified that their paper too reiterated that the countries with higher debt would have low growth rates and lower debt levels would imply higher growth rates.

Nor did they respond directly to the ‘issue of causation’.

However later clarifications by the duo have been issued and they have admitted that the conclusions drawn by the new paper do point to errors that do not bear any significant impact on the end result of their paper. They have, however, proposed that the considerations by the trio focus on extra-ordinary events such as post-world war  and therefore more research consistent with the parameters the duo used will lead to similar conclusions.

However, the academic debate leaves the taxpayer wanting as their concern grows on how safe it is for their country to borrow and to what level.

Jay Raol
« Gold Slides down with $560 Billion from Central Banks Equities Rally
Toyota to expand with production of Lexus in U.S. »
Leave a Comment
Close