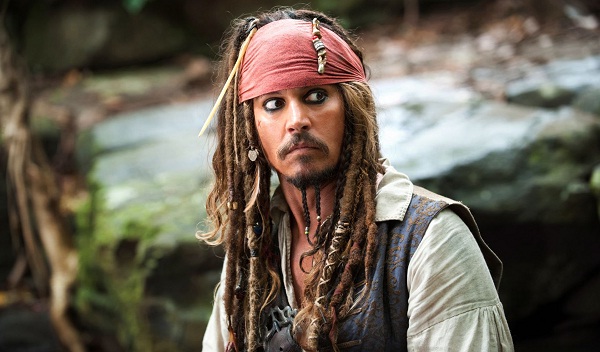 To start with, it is obvious that you may have come across many things and sayings in life which have always rather inspired you in some way or the other. Let’s then inspect the following saying.

“The very essence of leadership is that you have to have a vision. It’s got to be a vision you articulate clearly and forcefully on every occasion.” –Theodore Hesburgh, President of the University of Notre Dame

Now the title and the above saying must be enough of a prelude as to what is really being covered here. This might come across as another lesson as to how you can possibly be a good leader. Nevertheless, more than being a good leader, it is all about coming up and then spreading the ideas and the ideals which will actually prove your mettle.

Remember Eat Pray Love? Well, it might not sound like a good example in this context, but let’s see if something can be drawn from it. For starters, the story starts with a woman called Elizabeth Gilbert who is skint broke in every way possible. She is out of her marriage, the lover who came afterward is no good and their relationship is another goner as well. The divorce leaves her absolutely cold and drawn from inside and yet she sets on a journey of self-realization.

Why do you think it was important for her to find herself again? It was important because unless you find yourself, getting yourself or your ideals across will be so much tougher. A company is only as good as its technology and staff. Now, unless the staff is well prepared to handle challenges, nothing will come out of it. However, these elements come into play much later into the game.

The mission of the company comes much later than the vision. Unless the vision is clear, the mission has no chances of even getting an audience. The point is, before you as a leader sort yourself out and believe in the big picture, how can anybody else in your team do that?

Walt Disney if you Please

By this time, you might be thinking something like ‘Oh come on now, gimme a break!’, right? Nevertheless, once you have examined this example closely, there is no way you can appreciate the gesture.

Ever wondered where the idea of creating Disney started? It started in an amusement park in Los Angeles. Do you know what inspired the great man? A rundown, shabby carousel, which is what. How was it possible you ask?

It was possible because Disney really believed that he could turn it around and do something with the ideas. It might be difficult to gauge the measures and the several paths he took to come to terms with his success. However, what you have to admit is how his vision drove him to success. After all, it was the very same vision which initiated him to create everything, from cartoons to objects to art.

And it is not that he was not laughed upon. Trust the society or in terms of your business, your team to laugh at you. Nevertheless, even if there is one fool to believe and fight for a cause, the cause is surely to triumph. After you have certainly derived the terms and conditions of your vision, the next part are even more important for your success.

This part is something which involves your team.

Team Involvement and Keeping it High

Look, there is no easy way to say this. You have to be pretty good at persuasion if you want your team’s support and help in achieving your vision. For the purposes of playing it safe, it is advised that you keep the vision big, preach the big picture and believe in it. At any rate, you have to convince your team to believe that the big picture is attainable.

How you do that is of course up to you. Nonetheless, be sure to keep some cookies and bones in hand because you will need it for the purposes of throwing. Or you could also cite the example of Jack Sparrow.

Now, citing Pirates of the Caribbean as an example to persuade your team to believe your vision may seem a tad inappropriate. Nonetheless, the movies, which are a Disney production if you remember, might actually come in handy in some way or the other. After all, while trying to attain visions, the mercury might shoot off the roof. Therefore, you need to be prepared to take it all in your stride and keep your cool.

What you have to teach your team is how persistent and perseverant Captain Jack Sparrow is. No matter how many times he loses the Black Pearl, he is not afraid to seek it out and take it by its mast. Whatever problems come in the way are duly fought with right alongside his crew. Do not commit the mistake of portraying yourself as the Captain, though dropping hints could boost your morale!

Simply admire and teach your crew or your team to admire the spirit and the sole purpose of such bravery and yes bribery, all for a ship and to stick to his vision of being a captain. Just make sure that they take the bull by the horns or Davy Jones by the heart and stab it in order to move forward.

Just instilling the vision and the big picture amongst your crew or team is not going to be the end of it. Remember that unless there are tools and means, nothing can ever be accomplished. In that case, it is suggested that once your team’s spirit is charged, you as the leader get out of the way!

It might seem as an unrealistic rule to follow. However, it is important that you let your team follow their instincts into attaining the vision. Hone their creativity, allow a few free margaritas or a beer fridge and watch how they will actually believe in your vision. Also, do not forget that you have to understand their problems and sometimes part with your precious resources in order to achieve tools. Do not hesitate if you find that their point of view is justified or that they really need something in order to achieve something.

Your vision and you should also teach them what is in the whole outlay for them as well. Simply preaching the greater good will serve you no purpose. It is after all, all about an amount of leverage to get what you want.

So promise those dentals, be cheerful and most importantly allow your team to just be. However, painting a big picture is necessary, but painting something foolish will only make you the joke!

Anna Domanska
Anna Domanska is an Industry Leaders Magazine author possessing wide-range of knowledge for Business News. She is an avid reader and writer of Business and CEO Magazines and a rigorous follower of Business Leaders.
« There are two things in New York, business and success
David Cameron’s trade mission to India focused on partnership »
Leave a Comment
Close