7 companies that support LGBT rights through advertising that is genuine and heartwarming. 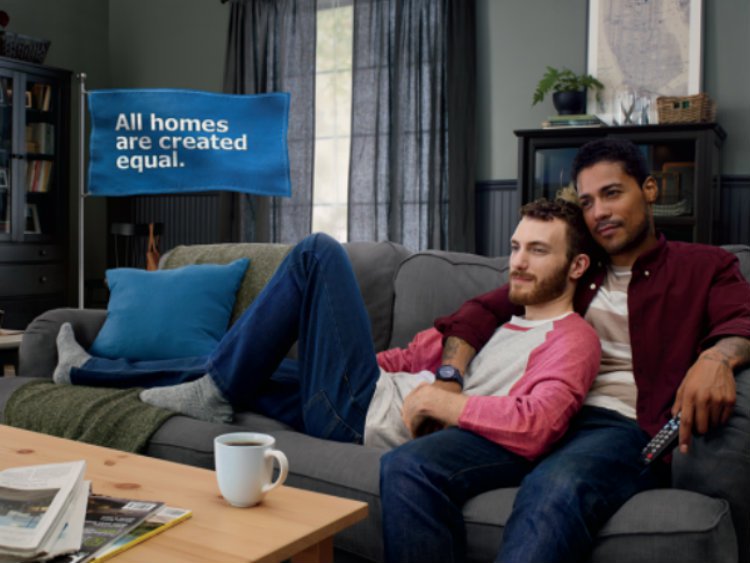 Advertisements often depict an unbecoming version of inclusivity that is partly cringe-worthy and partly forced. 66 percent of the 7 percent of Americans who identify themselves as LGBT reported that they don’t feel well represented in mainstream media.

This pride month, we look at the companies that support LGBT rights through advertising that depict a genuine message of inclusivity and love.

As a part of their #AllTogetherNow campaign, Kohl’s in 2015 shared LGBT peoples’ Thanksgiving spirit by rolling out an ad which showed a group of people celebrating the holiday. As they have a nice meal, a handsome gay couple makes a toast, which from the looks of it, is a toast announcing their engagement. Perhaps, the purpose of the ad was to show that celebrating Thanksgiving with your gay friends is as normal as celebrating Thanksgiving with your straight friends; and the message hit the right chord. Kohl wrote on its Youtube page, “The best of the holidays? Being together with family and friends, of course.”

Tiffany & Co. released its first LGBT commercial in 2015 featuring a real-life gay couple. The ad was a part of the “Will you?” campaign with which the brand looked to broaden the portrayal of marriage through its ads. “Nowadays, the road to marriage is no longer linear,” a company spokeswoman said in a statement. “True love can happen more than once with love stories coming in a variety of forms.”

In 2013, Nordstorm released its “Ultimate wedding party” ad that showed pairs of heterosexual and same-sex couples celebrating a wedding reception. A normal pomp with just more diversity. Two years later it released its “Homecoming” ad with a gay couple and their adorable Shih Tzu embracing each other after one returns home after presumably a long time.

Coca Cola has kept inclusivity and LGBT representation in advertising at the forefront of its marketing campaigns. Its 2017 ad featured a brother and a sister drooling over their pool cleaner and rushing to offer him a coke bottle only to find their mother there first. Another ad for 2018’s Superbowl celebrates people from the entire spectrum. The voiceover tells viewers – There’s a Coke for he – and she – and her – and me – and them.”

Barney’s set itself apart from other fashion brands by supporting LGBT rights in advertising with a pure and echt campaign ad featuring 17 transgender models and their support networks – siblings, friends, pets, and parents. The heartwarming campaign titled “Brothers, Sisters, Sons & Daughters” provided an insightful look into the diverse lives of trans models. “Barneys New York is proud to support the transgender community by telling a few of their incredible stories,” said Barney’s.

In 1994, IKEA became the first company to feature a same-sex couple in an ad on national television. A simple scene of a gay couple buying a table was probably the first instance where queer people were not clad in camp stereotypes in an ad. In 2016 too, the Swedish company released another ad as a part of its “All homes are created equal” campaign. The ad showed a mixed race same-sex couple watching TV while a banner with the campaign slogan flew behind them.

Hallmark are trying to make the hetero-normative day of Valentines’ more inclusive by releasing inclusive LGBT commercials every year since 2016. Its 2017 ad showed a glimpse of a real-life couples’ engagement video that went viral in 2015. Hallmarks’ 2016 campaign ad “CareEnough” featured several couples – straight and gay, sharing stories of how they met and how they fell in love.

The fading of the pandemic and the rollout of vaccines has brought in some good cheer for the floundering air travel industry. More countries have opened up for business and are al
2 hours ago

Sanne, a UK fund administration business that provides alternative asset and corporate services, has agreed to hold talks with private equity firm Cinven over a potential £1.4bn t
13 hours ago

Global stocks rose to an all-time high, with investor showing confidence in a strong economic recovery from coronavirus and the vaccine effect, but the market is still a bit cautio
13 hours ago