Coke Debuts Fairlife ‘Premium’ Milk In The US 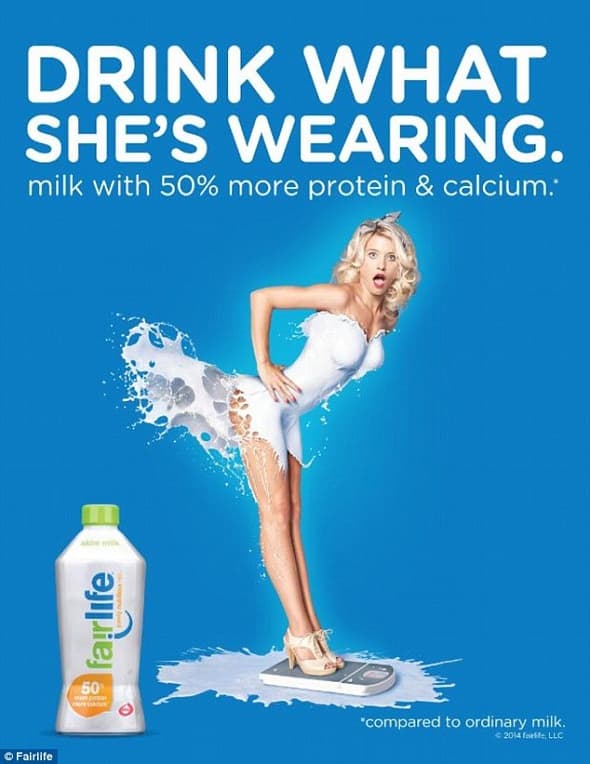 The new Fairlife milk will cost twice the price of the conventional sort.

Coca-Cola has launched its own brand of premium milk nationwide which claims it has double the protein and half the sugar than regular milk.

The beverage, which is called Fairlife doesn’t contain lactose and has 50 percent more protein, 30 percent more calcium, and 30 percent less sugar than regular milk. The world’s biggest beverage company is looking to diversify its offerings as Americans continue turning away from soft drinks.

The new Fairlife milk will cost twice the price of the conventional sort, but the company reckons people will be willing to shell out more as it contains more protein and less sugar than normal milk.

The milk was put up for sale on Tuesday in selected US supermarkets, priced at $4.59 for a 52-ounce bottle compared to the national average of $2.18 for a half-gallon (64 ounces) of milk. The milk comes in three variants: Chocolate, fat free, and 2% reduced fat milk. The company also sells whole milk.

Former Coke executive and now chief executive of the company’s Fairlife joint venture with dairy farmers, Steve Jones, said all major US retailers including Target, Kroger, Walmart and Safeway would sell the milk. It will be distributed by Coke’s Minute Maid team.

Coke’s global chief customer officer, Sandy Douglas, said last year the company was planning a mega investment in the new premiumized milk which he hoped would prove very profitable for the company.

“We’re going to be investing in the milk business for a while to build the brand, so it won’t rain money in the early couple of years. But like Simply [Coke’s premium fruit juice line], when you do it well, it rains money later,” he told an investment conference.

The new Fairlife milk which is already been branded Milka-Cola on Twitter, would rather help in reversing the slump in milk consumption by providing a superior product that would taste nicer, Jones said.

Jones repudiated claims that the new drink amounted to the “Frankensteining of milk”. “[This is about] leaving all the calcium and protein intact, just giving us a [end result of] higher level of protein and less sugars,” he said on a conference call with journalists.

By the end of March or early April, Coca-Cola will launch a new nationwide marketing campaign. Jones said the company was planning to crank up the awareness level very, very quickly. The beverage maker has no plans yet to sell the milk in the UK or elsewhere in Europe.

Anna Domanska
Anna Domanska is an Industry Leaders Magazine author possessing wide-range of knowledge for Business News. She is an avid reader and writer of Business and CEO Magazines and a rigorous follower of Business Leaders.
« Apple to invest $2 billion to convert failed Arizona sapphire plant into a data center
Alibaba tests its first drone delivery service in 3 Chinese cities »
Leave a Comment
Close

A GPS navigation satellite built by Lockheed Martin is set to ride a reused SpaceX booster on a launch from Cape Canaveral, Florida, Thursday. It will be the first time a military
2 hours ago