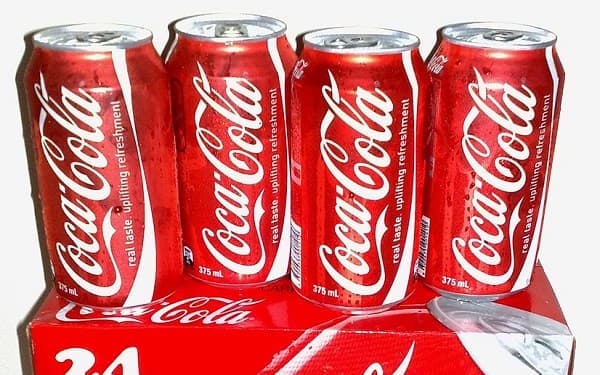 In a new expression of social responsibility, the giant lifestyle product maker, Coca-Cola Co., has announced a host of measures to tackle allegations propagating obesity to consumers.

According to its plans, Coca-Cola Co. it will focus on higher-visibility of the calorie counts of its drinks by displaying it in a more understandable way. Additionally, it will also engage in promoting exercise amongst its target audience.

These new measures are aimed at plugging bad press and the growing antagonism against its sugary and fizzy drinks. Coca-Cola Co. will launch this strategy across nearly 200 countries and will flag all its advertisements for viewers above 12 years only, a move that is already in vogue within the UK. Interestingly, Coca-Cola Co. has also vowed to bring out only low and zero-calorie fizz and drink products in all markets it currently operates.

Speaking out on these issues, Coca-Cola Co.’s CEO Muhtar Kent has underlined that the company aims to become a part of the solution. The company is expected to focus on making exercising and losing calories as fun as taking-in the calories.

What is even more interesting is the fact that on its 127th anniversary this year, the company was probably the first to go down in history for unswervingly referring to the issues of obesity through its advertisements.

More important, research conducted across several decades has established that in over 33,000 Americans the continued consumption of sugary drinks has led to cliff-hanging mutations in genes. Alarmingly, the affected population is prone to obesity.

Welcoming the moves by the giant drink-maker was Tam Fry, spokesman for National Obesity Forum, conceding that the prominent display of calorie labeling would be a first step in the right direction to informing consumers of the high-value calorie the drink contains.

Providing greater input to the policy change at Coca-Cola Co., Tam Fry has suggested that sweeteners, which might be found in plants such as Stevia, are not only natural but they also will be a great asset in the zero-calorie policies. He has credited consumers for the changes introduced by the multinational drink-maker. Fry has  also underlined that “the drinks were awful because they used to have only one high-sugar product but over the last 20 to 30 years they’ve been moving in the right direction and now have a number of low- and zero-calorie drinks, like Diet Coke and Coke Zero.”

Applauding Coca-Cola Co.’s efforts, Fry believes that the company’s market research during the recent Olympic Games has yielded quality data that will help the company in producing low-calorie alternative drinks.

It was found that the highest-calorie drink in Coca-Cola Co.’s kitty the Red Coke sold only 23 percent as against the low-calorie – Diet Coke and Coke Zero – recording higher sales figures of 73 percent.

It is heartening to note that in the entire suite of Coca-Cola products more than a quarter of them are known to be either low-calorie drinks or zero-calorie drinks.

Christy Gren
Christy Gren is an Industry Specialist Reporter at Industry Leaders Magazine she enjoys writing about Unicorns, Silicon Valley, Startups, Business Leaders and Innovators. Her articles provide an insight about the Power Players in the field of Technology, Auto, Manufacturing, and F&B.
« IMF criticizes Osbornomics for “lost decade of growth”
Annan group says Congo lost $1.4bn on sales of mine sales »
Leave a Comment
Close

Another $15 billion in bailout funds is being considered for the hard-pressed U.S. airline industry by the US Congress, bringing a much-need...
20 hours ago

Volvo Cars will stop producing gas and diesel cars over the next 9 years, replacing the fleet with all-electric cars. ...
3 days ago

The addition or deletion of stocks to stock market indexes can lead to havoc in the trading world. There is speculation about the GameStop s...
3 days ago