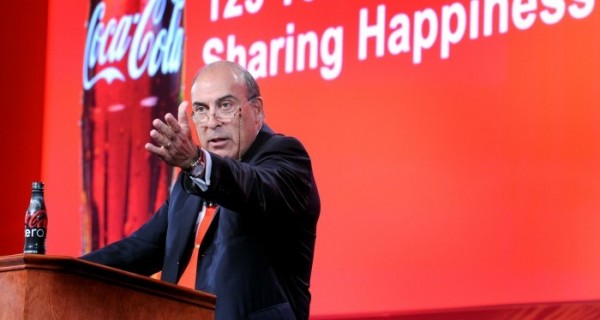 The consumption of Coca-Cola Company’s countless beverages in India led to a growth in its sales around the world in the Q1, where volume soared 20 percent. The growth has definitely pushed the company’s earnings above what the analysts’ expected, that is, to $2.05 billion, or 89 cents a share, in the quarter ended March 31, compared with 82 cents a share in the same quarter last year.

Cracking the calculus in this challenging environment

Muhtar Kent, chairman and chief executive of Coca-Cola, whose brands include Fanta, Vitaminwater and Minute Maid juices said, “That says more than anything that we’ve been able to crack the calculus in this challenging environment”. Coco-Cola’s revenue grew 6 percent to $11.14 billion, compared with $10.5 billion in Q1 last year, driven by a 5 percent increase in sales volume driven by even larger increases in emerging markets. After India, China experienced the greatest growth, 9 percent, followed by a more modest 4 percent in Brazil.

Mr. Kent characterized Coco-Cola’s success to investments it continued to make during the economic downturn that are now paying off as the American economy is slowly stabilizing and emerging markets are gaining even more pressure. He believes that the Americans have begun traveling and eating out more, which increases sales of the company’s products. But sales in Europe remain weak and show little sign of improvement.

Higher pricing also contributed to better earnings, a strategy that so far has helped all of the beverage companies weather last year’s surge in commodity prices and lackluster demand for their core products. Ali Dibadj, a stock analyst who follows the beverage industry at Sanford Bernstein worries that the company might reconsider that tactic to preserve market share. He said, “It’s been a positive thing both for the industry and for retailers, and so that it’s looking like they may slow it down makes me a little nervous. It would mean a new price war, which wouldn’t be good for the industry”.

Growth in all major markets

The company’s statement noted growth in all major markets, with 5-per-cent global growth by volume. Some countries saw significant sales boosts, with overall sales spiking by 20 per cent in India and sale of Coca-Cola-branded items rising by 27 per cent there. But the company said it had no intention to rest on its laurels as it continues to work on a roadmap it calls its 2020 Vision.

Muhtar Kent said, “We continue to see vast opportunities for the Coca-Cola system across the more than 200 countries we serve. The quarter’s performance demonstrates that the company continues to refresh a thirsty world”.