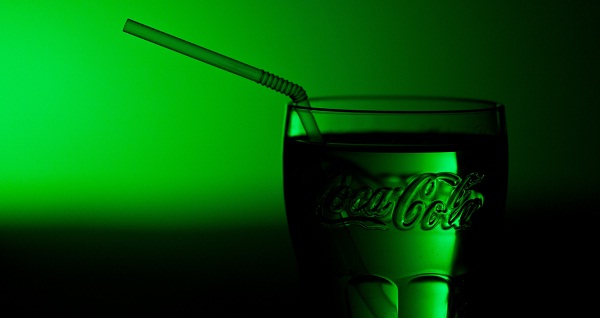 Coca-Cola‘s pro-active ‘green practices’ and adoption of sustainable and ecological positive processes are again in the limelight.

‘Green’ CEO at the helm

Heading Coca-Cola’s ‘greening’ brigade is affable CEO Muhtar Kent, a personable businessman who wears sustainability on his sleeve. Calling their campaign ‘Live Positively,’ the company has integrated this with its core business plan. The policy will address environmental, workplace as well as community and product needs.

Just few months ago, Coca-Cola Refreshments was rewarded with the proud and acknowledged third place for being the on-site green power generator, the largest in the United States. As part of EPAs Green Power Partnerships, the world-known soft drinks producer was found to have largest installation of landfill-gas-to-energy system at its Atlanta nexus. Most importantly, all energy needs required by the facility, such as electricity, chilled water as well as steam are supplied by itself. This facility is also noted as the largest biogas project in the US and uses bio-fuels, solar panels and fuel cells to produce 48 million Kilowatt-hours each year.

Coca-Cola will go ‘water neutral,’ which means that more water is returned to the world as water is indeed getting more and more important for the future of humankind and keeping the global peace as well. What is important is the fact that this will ensure that carbon footprint for its manufacturing processes will be lowered to 5 percent by 2015 in the developed countries. Furthermore, this will mean that its packaging can be retrieved and recycled.

On another front, the company has also chosen to redesign its ‘can design,’ thereby lowering usage of some materials. With the new design in place, the company will now use nearly 5 percent less aluminum in comparison to cans produced by other brands. Surprising or not, on an annual level this will be savings of nearly 15,000 tonnes of aluminum. The lowered use of aluminum implies that lesser carbon-dioxide is released. Even the thickness has been reworked and the can is now 0.1mm lesser in thickness without compromising on the strength of the can. This means lowering of 78,000 tonnes carbon footprint and translates to 20,000 cars getting off the roads. The quantity of glass used in the production of the bottle too has been reduced and the standard 330ml bottle now uses as much as 20 percent lesser glass, or 210 grams compared to 263 grams earlier. The bottle is now able to hold the same quantity due to the redesign – it is wider by 0.1mm and is shorter by 13mm as well.

Another key aspect that Coca-Cola has strived to achieve is the lowering of the carbon emission. Interestingly, the 330ml can of coke is now known to produce modest 170 grams of carbon-dioxide emissions which is undeniably an improvement. What is more, this is drastically below level of  emissions by 250ml can of passion fruit or mango smoothie by other competing brands.

Another major move that the company has adopted to align with their sustainable policies is the sponsorship of nearly’ 50,000 blue recycling carts in Chicago. While most other cities run images and pictures on their carts, of generic bottles, in Chicago, the Mayor Rahm Emanuel has roped in Coca-Cola to grant $2.59 million as part of the Earth Day program and contribute to  its ‘greener, more sustainable city.