Coca-Cola to lay off 1,800 jobs globally 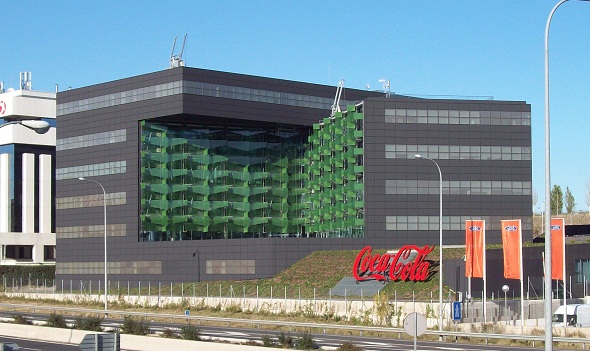 Coca-Cola Co. and rival PepsiCo Inc. have been looking at ways to reduces costs amid a sales slump in their soda businesses in North America.

US soda giant Coca-Cola, which has struggled to grow sales announced that it will cut between 1,600 and 1,800 jobs in coming months.

As part of a $3-billion cost-cutting plan, the job cuts would come from its corporate headquarters as well as from its North American and international divisions.

The world’s largest beverage company, based in the city of Atlanta in the US said in a statement Thursday that it has started apprising the first employees and that the whole process will be completed in the future months. It said job types are across all segments of its business and include about 500 cuts at its Atlanta headquarters.

“As part of our recently announced, multi-year productivity initiatives, we are redesigning our operating model to streamline and simplify our structure and accelerate the growth of our global business,” the spokeswoman said in an email message. “As we have acknowledged previously, this redesign work will result in impacts to jobs across our global operations.”

According to FactSet, the beverage manufacturer, which makes Sprite, Powerade, Vitaminwater and other drinks, has around 130,600 employees worldwide.

Coca-Cola, in an email statement on Thursday said it will continue to seek different ways to streamline their business, implying additional lay off’s that could be announced later.

Coca-Cola Co. and rival PepsiCo Inc. have been looking at ways to reduces costs amid a sales slump in their soda businesses in North America. In October, Coca-Cola said it was planning to cut costs by $3 billion a year via various measures. It said the cost savings could be possibly used to help fund the stepped-up marketing which it believes is essential to drive up soda sales. The move came as the company recorded dismaying revenue for its third quarter, with global beverage volume up just 1%. Global sales were down two percent at $35.1 billion for the first nine of months of 2014.

Beverage companies are expanding business to other alternatives like flavoured water and energy drinks amid rising health concerns on the link between soda and obesity and other health issues. In the U.S. soda consumption has been sluggish since years, with public health officials calling for special taxes and warning labels to dissuade people from drinking it.

In its statement Thursday, Coca-Cola said it does not “take decisions about job impacts lightly.”

“We have committed that we will ensure fair, equitable and compassionate treatment of our people throughout this process,” the statement said.

Last month, Coca-Cola said it expects an earnings growth of 4% to 5% for 2014, which is short of its long-term target. The company said it doesn’t expect earnings growth for this year to be much different.