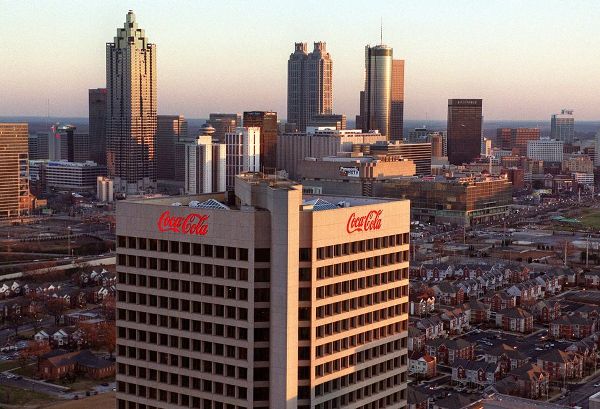 When talking about Coca-Cola Company it’s not even enough to call it beverage giant, the company highly ranked when it comes to most admired companies or the ones with highest income; simply one of the most powerful companies on the globe. How, why? It all started with that magic drink, we all know today as Coke, drink that enjoy something like a status of deities since 94% of world’s population can recognize its logo. Absolutely unbelievable is the number of Cokes sold every day when we include all the articles written bad influence on our health and weight, everybody knows it’s bad , but still many can’t fight the need for it. Nevertheless seems like the beverage giant Coca- Cola has some fights of its own going on.

Zico is taken over

The Atlanta-based beverage giant has another full member among company since this Friday; Zico Beverages is fully taken over. Coconut water maker Zico Beverages has now become one of the 500 and more brands under Coca-Cola Company. Terms of the deal were not released, but taking over started in 2012 since then Coca-Cola had majority stake and now has acquired the remaining share.

“With our acquisition, we plan to innovate in all aspects of the consumer experience and increase both velocity and distribution to position Zico for even more growth,” said Deryck van Rensburg, president and general manager of Coca-Cola’s Venturing and Emerging Brands unit. In Coca Cola they believe in continued beginning of Zico Beverages of course with more resources, support and cachet to come since they have done emerging for hundreds of times all ready, we don’t have reason to doubt in success, but there are some other things reviled to doubt in absolutely wining of Coca Cola business on each step.

Coca Cola fights are nothing but the fight that company has with its choices. As mentioned in first few lines, company is most famous for unhealthy drink Coke, but on the other hand last few years production is also strongly focused on healthy products like Honest Tea, Simply Orange, Odwalla…which seem to be possible future profit center. Problem doesn’t lie in the offer of healthy vs. unhealthy beverages; it is something else that makes the fight.

While consumers of healthy beverages want to know what’s in their food, which of course they do, Coca-Cola has a problem, cause we all know that ingredients of their gold making drink Coke is one of the most hidden secrets ever. Their concern on somebody discovering it has new face now; the public now knows that Coca-Cola donated more than $1 million to the Grocery Manufacturers Association (GMA), which went directly to the GMA’s fight against labeling of GMOs in Washington State. You suddenly realize the problem in Coca Cola business, when you think of Honest Tea, which proclaims throughout their website that they are GMO free, while their parent company is actively working to prevent GMO labeling.

With more than 16000 supporters and increasing there is a petition going on, calling Coca-Cola to stop funding anti-labeling campaigns, now hopefully Coca Cola will find the solution for its opposite needs, for different products and future will still be bright for their business.

Riana Petanjek
« Three business mobile apps that your smartphone should have
The Rise, unfortunately Gas rise »
Leave a Comment
Close