The Coca-Cola Company, at its sparkling best!

The Cola Wars Timeline: What Went Down

Twenty-first-century business success stories would be incomplete without mentioning one brand which has all American roots – Coca-Cola! A symbol of consumerism, pop culture and carefree living – Coca-Cola is synonymous with the American way of life. A trademark widely recognized by 94% of the planet’s population, Coca-Cola is the second most universally understood phrase, coming right after OK.

From its humble roots in a pharmacy to being a multinational beverage corporation, the Coca-Cola Company represents the struggles of an average American. Following American household right from the World War II to the Great Depression to the 1928 Olympics, Coca-Cola has been a Universal symbol of American struggles, culture and way of life and it still continues to do so for years to come. 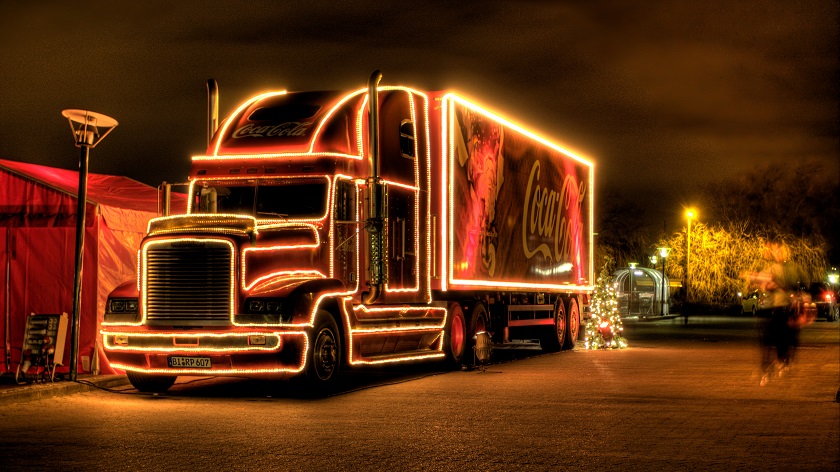 Invented by an Atlanta-based pharmacist John Stith Pemberton, Coca-Cola was inspired by one simple aim – to create an elixir that would give people a moment of refreshment and uplift, something that would make the world a happier place! Using his pharmacist background, Dr. John Pemberton made a drink by stirring up a fragrant, caramel-colored liquid and combining it with carbonated water. The drink was sampled by customers who all agreed on one thing – the drink was something different, it was special! Dr. Jacob’s then put the drink on sale for five cents per glass.

Pemberton was a pharmacist with poor marketing skills. Frank Robinson, Pemberton’s bookkeeper, stepped in and helped him register the drink’s formula with the patent office naming it ‘Coca-Cola’, design the logo as well as write the slogan, “The Pause That Refreshes”. The drink failed to be the cause of ringing tills in its first year. A year later, Dr. Jacob died of stomach cancer in 1888, not living to see the commercial success the drink would achieve in the coming century.

Escalating the Significance of Advertising: 1893-1920

Soon after Dr. Jacobs’s death, an Atlanta-based businessman, Asa Griggs Candler rescued the business becoming the first president of the company via securing the rights to the Coca-Cola Company for $2,300. What followed next were his brilliance, vision and solid brand management that changed a mere refreshment drink to the great American symbol. A born salesman, Candler hired traveling salesmen to pass out complimentary coupons for a free coke with the aim of making it a national brand. Not only coupons, Candler also tried plastering Coca-Cola logo on calendars, posters, notebooks and bookmarks in order to reach out to customers on a wider scale.

With the inevitably increasing popularity of the drink due to its aggressive promotion and on the arrival of bottling in 1894, Candler set up three more syrup plants in Chicago, Dallas, and Los Angeles. The company’s distribution expanded to newer regions, increasing the significance of advertising.

By the end of 1920, Coca-Cola advertising began reflecting the prosperity everyday American life. It showed middle-class families taking part in activities that were once reserved only for elite Americans. It relied on immaculately dressed young women and men as its spokesperson. Its advertising promised prosperity to the American folks.

It was the same decade when under the leadership of Woodruff, the world’s first six pack carriers were introduced to encourage people to take their drinks home. During the Olympic Games in Amsterdam, the US team traveled to Amsterdam, with Coca-Cola rallying behind them pushing the development and distribution of the drink.

With the stock market crash, the Great Depression followed leaving huge economic impact, controlling the lives of American people and directly threatening the sales of Coca-Cola. Right before the crash, Coca-Cola has its famous slogan “The Pause that Refreshes” debuted in the Saturday Evening Post. With such heavy economic blows, would Coca-Cola take a step back and relook upon its advertising? No. It was Coca-Cola, it promised a prosperous future, and it assured people that everything would return to normal. Its advertising although unrealistic for some, showed an impeccably well groomed and confident man, holding a morning newspaper unacknowledging the great depression. The advertisement provided an escape into an idealized reality of America. And people bought it!

It showed images of women leisurely taking a break from household chores refreshing her with a coke. It showed images of young carefree girls clad in bathing suits to the universal positive image -Santa Claus who restore confidence in people that goodness still existed. It depicted normal everyday life. One of its advertisements read: “The pause that refreshes with ice-cold Coca-Cola is America’s favorite moment.” And undeniably it did. It became moments of comfort, refreshment and patriotism for American soldiers abroad during the World War II that was shortly dawned upon them.

By the end of 1930’s, Coca-Cola was bottled in 44 countries, including axis and allies. One would ascertain that it would be devastating for a company like Coca-Cola during the war, but it simply brought new opportunities to its business.

In 1941, Robert Woodruff, the then president of Coca-Cola boosted the morale of US troops participating in the war with a new order, “to see to see that every man in uniform gets a bottle of Coca-Cola for 5 cents, wherever he is and whatever it costs the Company.” The new order requested shipment of 3 million filled bottled as well as materials and equipment for 10 bottling plants in different areas of the world twice every month. Around 5 million bottles of coke were consumed by military service personnel alone during the war.

Within a few months, Coca-Cola opened its first plant abroad following 64 more bottling plants in Europe and the Pacific by borrowing $5.5 million. By the end of the World War II Coca-Cola emerged as a symbol of friendship and refreshment holding people hands throughout the times of conflict.

Beginning of a Face-Off that would never End: Coke Vs Pepsi

By the end of mid-thirties a new competitor had already emerged into the market – Pepsi. It offered twelve ounces of Pepsi-Cola instead of six ounces that Coca-Cola did for the same price. The company quickly started gaining more consumers. Families with tighter budget started buying Pepsi, and in 1937, Pepsi had gained a profit of over $9.5 million!

Wallace Mack, the President of Pepsi-Cola, used the newest medium of advertising: The Radio using a Pepsi jingle. People would call up the radio station and ask them to play the catchy jingle.

On the other hand, Coca-Cola has no counter moves this time to regain its spotlight. Instead, Coca-Cola used a series of strategies showcasing its brand through its interactive way of advertising. According to a survey by American Legion magazine of GIs, consumers preferred Coke over Pepsi with a ration of 8:1. The company was able to capitalize heavily due its favorable position in the hearts and minds as an American icon.

At one time, Pepsi even complained of unfair treatment, accusing Time Magazine of favoritism, by doing a story on Coke – as the spirit of American Life due to the mere fact that Coke paid to advertised in the magazine. Those times were so innocent, who would have imagined the rivalry between the two companies that was yet to come!

It was early 1980’s when people were going fitness crazy, Roberto Goizueta, then the CEO of The Coca-Cola Company introduced a new strategy called ‘intelligent risk taking’.

It led to the introduction of Diet Coke, the first addition to the Coca-Cola family. Within two years, the drink became the second most popular drink in the word. Can you guess which one was the first? Coca-Cola, of course!

The intelligent risk-taking initiative also introduced a new taste of Coca-Cola, changing the formula for the first time in 99years. It received a thunderous negative feedback from consumers who were emotionally attached to the original coke, receiving over 8000 written complaints every day. Coca-Cola management gave in to the consumers demands and revived its old formula.

The 90’s embarked Coca-Cola on a prosperous journey due to its long association with sports, right from supporting the Olympic Games, FIFA World Cup football, Rugby World Cup to the National Basketball Association.

It was the same era when Coca-Cola’s Always Popular Advertising campaign featuring an adorable Polar Bear debuted for the first time. Gates to new markets and region opened for the company right from East Germany to India.

Its product lines now included Powerade, a sports drink to Oasis –fruit drinks and a series of acquisition which included Limca, Maaza, Thums Up, Barq’s root beer, Inca Kola, Cadbury Schweppes in more than 120 countries. In 1997 Coca-Cola has already reached the benchmark of serving one billion products every day.

How to Ace at Iconic Advertising and win Consumers?

Sure. The answer to the title is locked away in some bank far away with the secret formula of the Coca-Cola. Two centuries ago, born in a small pharmacy, Coca-Cola as a pharmacist’s fantasy would grow into one of the most lovable companies offering more than 3500 products and 400 brands to the world.

In 2011, Coca-Cola reached the grand age of 125years spreading happiness all over the world. Present Day it continues to serve more than 1.7 billion in a day, all thanks to the brilliant vision of one man that changed advertising into Iconic advertising.

Anna Domanska
Anna Domanska is an Industry Leaders Magazine author possessing wide-range of knowledge for Business News. She is an avid reader and writer of Business and CEO Magazines and a rigorous follower of Business Leaders.
« A Definitive Guide to Get Free Donuts on National Donut Day
How Singapore Became a Startup Hub »
Leave a Comment
Close