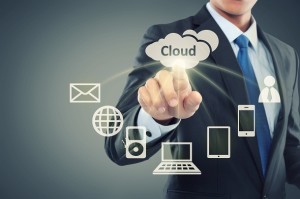 Cloud computing is now coming to areas like reliability and management ease, where it had been vituperated against in the past.

Cloud computing is no longer a state-of-the-art paradigm, but an alternative to a growingly powerful and established technology with even more advancements materializing in the area every single day. It’s inherent efficiency, cost-effectiveness, flexibility, scalability, and pay-per-use characteristics make it a highly attractive technology changing the way business works. It’s not just business that are undergoing a certain change, cloud computing is changing itself, becoming ever-more powerful.

Last week, on Oct. 20, Microsoft Corporation, which runs one of the biggest public cloud computing systems for remote rental purposes, announced panoramic changes to its data storage and processing services which makes them even more powerful. Microsoft also announced its collaboration with Dell to sell a unique “cloud in a box”, the hardware and software behind a mini-version of Microsoft’s cloud Azure. This would let any business work with their own version of Azure, and then skyrocket to the Herculean version that Microsoft offers for colossal amounts of workloads.

Hewlett-Packard too has something similar up its sleeves based in the HP cloud, which uses open source software. The move is speculated to support its endeavor to create a private-public cloud business.

This implies that cloud computing, which happens to be compelling for its versatility is looming in even pristine forms and types. Whether it is Google Inc, Amazon.com or Microsoft Corp, a mushrooming trend towards offering more resilience is surfacing. Normally, it’s done by condensing functions of specialized hardware into modified softwares without a hitch.

Microsoft’s announcement comes after news surfaced last week that it would offer Windows Server technology on Docker, to take cloud-type software abstractions to the next level. Docker is a rapidly-growing open source project. It’s “containers”, enable to build, deploy and update a software application anywhere in the world.

On Wednesday, Oct. 22, another company called Bracket Computing announced that it has developed a technology which enables users to run high-performance corporate computing systems across multiple public clouds simultaneously. Bracket’s technology works solely with diverse geographic locations within global cloud of Amazon Web Services. At some point in the future, Bracket hopes to securely manage its clients computing across multiple public clouds at once. Such orchestrating in the future would lead to a fierce competition amongst public clouds, both in terms of price and service.

People working with the Bracket System so far have been left amazed by its technology. Frank Palase, senior VP of strategy at DirectTV speaks highly of its A.W.S., which according to him is extremely powerful. He stated that it enables abstracting over multiple cloud providers, thereby providing high levels of performance without any fear of outages, since on an event that one system fails, another one could be considered.

In the near future, it might even be possible that Bracket’s Computing Cell would be able to hold containers such as Docker, inside its system.

There’s one thing perspicuous from all such developments: Cloud computing is now coming to areas like reliability and management ease, where it had been vituperated against in the past. Like every other big computing trend, it had a bumpy start, but eventually redeemed and is getting mature with age.

Sooner or later cloud computing will turn out to be globalism’s rain man. It will empower everyone – right from latte liberals to the women of Ethiopian tribes giving them access to data on the same capacity, giving birth to a new industrial revolution.

Christy Gren
Christy Gren is an Industry Specialist Reporter at Industry Leaders Magazine she enjoys writing about Unicorns, Silicon Valley, Startups, Business Leaders and Innovators. Her articles provide an insight about the Power Players in the field of Technology, Auto, Manufacturing, and F&B.
« Is Digital Age Burying the Advertising Industry?
India basking in Spotlight after SoftBank invests $837 Million in eCommerce »
Leave a Comment
Close