Britain brought down its greenhouse emissions by 3.6 percent in 2019, following a concerted effort to shift to renewables from coal use for power generation.

A Department for Business Energy and Industrial Research (BEIS) report says that the United Kingdom’s net emissions of carbon dioxide were provisionally estimated to be 351.5 million tonnes (Mt), 3.9 percent lower than 2018 (365.7 Mt). Carbon dioxide (CO2) is the main greenhouse gas, accounting for 81 percent of total UK greenhouse gas emissions in 2019.

The greenhouse emissions have seen a 45.2 percent drop in the past decade in Britain.

The power stations in the UK have shown a downward trend of 13.2 percent in emissions from 2018 to 2019. They have achieved this by moving away from coal power generation and using a mix of renewable fuels.

“This will continue as we build a modern energy system, moving away from fossil fuels to reach net zero emissions as fast as possible. As well as wind, we’ll use innovative new technologies like renewable hydrogen and marine power, and we’ll scale up battery storage.”

Carbon was the major source of emission for the country, making up almost 34 percent of the total in 2019.

The UK has not got a good record in transport-based emissions with the past several years showing no decline. It is only in 2018 and 2019 that this major contributor has seen a fall. The transport emissions were down from 123 MtCO2e in 2018 to 119.6 MtCO2e in 2019. The reasons for the drop are better car fuel efficiencies and a decrease in traffic volume.

Other sectors remained the same in their fuel efficiencies showing no significant drop or gain, though public facilities like hospitals, libraries, and schools showed a slight increase of 0.5 percent in emissions.

Temperature adjusted emissions fell by 3.4 percent between 2018 and 2019. The 2019 annual average temperature was warmer than the long-term 1981-2010 average by 0.5 degrees Celsius, says the report. Adjusting the UK carbon emissions to the outside temperature has no long term effect. 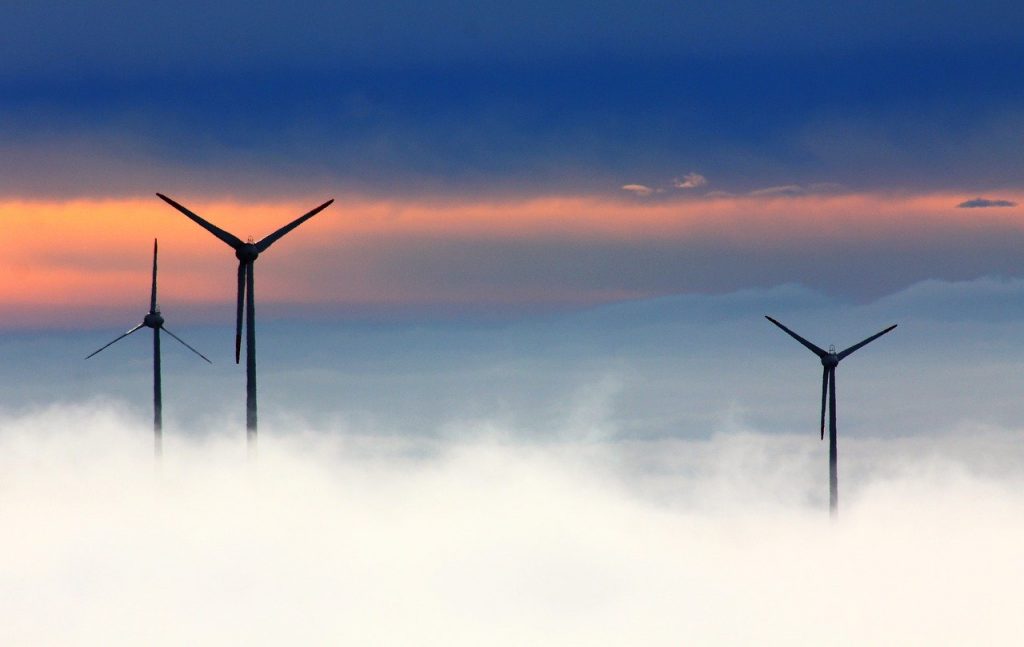 Carbon dioxide emissions are indirectly influenced by external temperatures. Winters see a spike in emission rates than summers because of the higher demand for fuel for heating during those months. Actual emissions are estimated to have fallen by 3.6 percent.

The renewable energy fuels–wind, hydropower, solar and biomass, which amounted to 47.4 gigawatts at the end of 2019, saw a 6.9 percent rise from a year earlier, while coal generation dropped a significant 59.1 percent. These changes helped bring about an overall 8.4 percent reduction in the sector’s CO2 emissions, according to the report.

Fossil fuels were still a greater part of the country’s energy production. Natural gas, or hydrocarbons seem to be the single largest source of electricity for the nation. It generated 132.5 TWh, making up nearly 40.9 percent of all electricity produced in the country. The BEIS report shows a 0.7% rise in energy generated from this fuel.

Nuclear sourced energy formed a small proportion, just 13.6 percent of the total power generated in Britain. The main reason for its modest contribution to the power source was because of maintenance issues and outages. Britain got 17.4% of its electricity from nuclear power line 2018.

UK carbon emissions from coal have fallen by 80 percent over the past decade, while those from gas are down 20% and oil by just 6%, says another analysis by Carbon Brief.

Germany, the highest consumer of energy in the European continent, said that it had cut its carbon emissions by 6.3 percent in 2019, the biggest cut in a decade. Germany’s carbon emission is the highest among European countries. In 2019, it emitted 805 MtCO2e, which is twice that of Britain, and it has a population that is much smaller than UK’s.

The world is gearing up to curb the carbon emissions of countries across the globe to control climate change. The 2020s decade has been declared the “decade of action” with countries committing to reduce their emissions seriously before they meet up for the COP26 UN climate summit in November.

According to the International Energy Agency, the CO2 emissions of the world have remained unchanged despite a reduction in the EU and the US. Asia, and particularly China continue to use coal as a major source of energy production, though this is undoubtedly changing with considerable investments in renewable energy plants in this region.

Anna Domanska
Anna Domanska is an Industry Leaders Magazine author possessing wide-range of knowledge for Business News. She is an avid reader and writer of Business and CEO Magazines and a rigorous follower of Business Leaders.
« Tata Motors to Hive Off Passenger Vehicle Business from Trucks and Vans
Airbnb Drops Internal Valuation by 16 Percent to $26 Billion »
Leave a Comment
Close