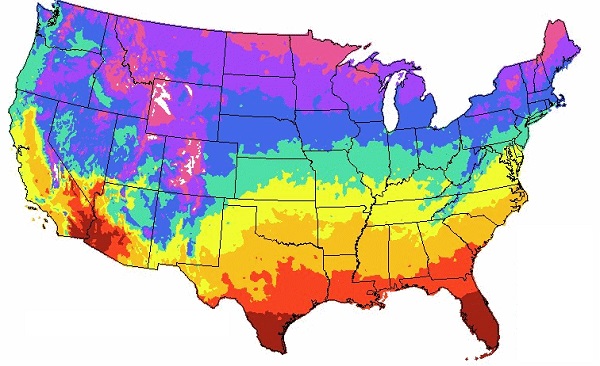 According to a report released on Thursday by the US Department of Energy, rising temperatures can reduce production at power plants. Power plants may reduce their power generation or shut-down temporarily.

Higher air and water temperatures,  up 1.5 degrees Fahrenheit in the last century, scarcer water resources, rise in the sea level, which are accompanied by drought, heat waves, storms and wildfires   routinely disrupt modern energy infrastructure.  The report says it is likely to worsen in the coming years. A range of energy sources are at risk, from coal-fired power plants to oil wells, hydroelectric dams and nuclear power plants.

Climate-related catastrophes have already costs tens of billions of dollars, and the report says costs could grow by leaps and bounds unless a more extensive and expedite response is adopted. The effects are already being felt, the report says. Power plants are closing down or reducing output because of a shortage of cooling water. Barges carrying coal and oil are being delayed by low water levels in major waterways. Floods and storm surges are inundating ports, refineries, pipelines and rail yards. Powerful windstorms and raging wildfires are felling transformers and transmission lines.

A recent report from a federal agency had also shown that sea-surface temperature along the Northeast coast last year had hit record-breaking levels. When the superstorm Sandy slammed the East Coast last year, it took down power lines, damaged power plants and left millions of people in the dark. Storm related power shut-downs will get more frequent in the future, with an annual cost of $US 20 billion to $US 50 billion.

The energy Department said that by 2030, energy assets worth $1 trillion in the Gulf Coast region could be vulnerable to damage due to increased sea levels and frequent storms.

A  study states that 2012 was the hottest year on record in the contiguous United States, and last July was the hottest month in the United States since record keeping began in 1895.The high temperatures were accompanied by record-setting drought, which scorched much of the Southwest and greatly reduced water available for cooling fossil fuel plants and producing hydroelectric power. The study found that roughly 60 percent of operating coal plants are in areas with potential water shortages driven by climate change.

Rising heat in the West will drive a abrupt increase in demand for air conditioning, which has already forced blackouts and brownouts in some places. The Energy Department’s Argonne National Laboratory found that air conditioning demand in the West will require 34 gigawatts of new electricity generating capacity by 2050, equivalent to the construction of 100 power plants. The cost to consumers will exceed $40 billion, the lab said.

The report pushes State and local governments, private companies and research institutions to take action to further understand the risks of climate change and reduce them. The report does not offer immediate proposals, but says power plants and oil companies should use less water and recycle what they use.

President Obama’s speech at Georgetown University on 25th June had a reference to these vulnerabilities on climate change. He said Hurricane Sandy, which devastated the Northeast in October, had provided a wake-up call, if one was needed after the run of climate-related disasters in recent years.

“New York City is fortifying its 520 miles of coastline as an insurance policy against more frequent and costly storms,” Mr. Obama said. “And what we’ve learned from Hurricane Sandy and other disasters is that we’ve got to build smarter, more resilient infrastructure that can protect our homes and businesses, and withstand more powerful storms. That means stronger sea walls, natural barriers, hardened power grids, hardened water systems, hardened fuel supplies.”

The DOE calls for improved efficiency across the grid and the strengthening of transmission lines, power plants, oil and gas refineries, and other energy equipment. Power plants and oil drillers should use less water and recycle what they use. Electricity providers should harden their transmission grids and build emergency backup systems. Operators of hydroelectric dams should improve turbine efficiency. And residential and commercial energy users should find ways to reduce demand. Better harmonization is needed between governments, industry, and civilians to identify risks and vulnerabilities, and protect against them.

Christy Gren
Christy Gren is an Industry Specialist Reporter at Industry Leaders Magazine she enjoys writing about Unicorns, Silicon Valley, Startups, Business Leaders and Innovators. Her articles provide an insight about the Power Players in the field of Technology, Auto, Manufacturing, and F&B.
« American retailers offer safety plan for Bangladesh factories
Watch out! Your bottle of Pepsi might be serving you cancer causing Carcinogens… »
Leave a Comment
Close