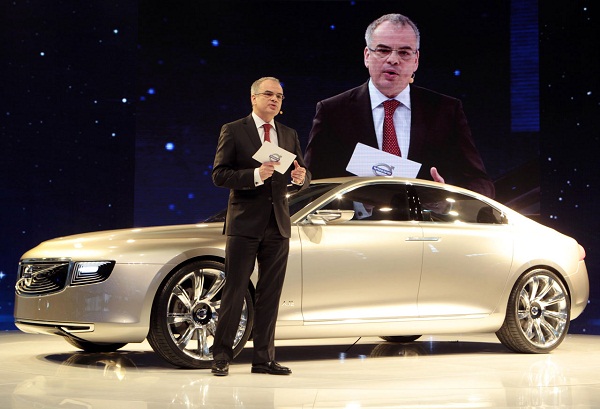 As the Volvo in-fight hampers business, sources disclose that Jacoby, on sick leave following a stroke the previous month and Olsson, who happens to head the board at Volvo Car Corp., have almost severed ties over a crucial management appointment. Reportedly, the duo has made contradictory declaration regarding the group policy. This Volvo CEO-vice-chairman in-fight has created an exceedingly sensitive situation within the group.

While Jacoby made a public statement regarding his stroke, he made no mention of work pressure and expressed eagerness to come back to work. However, inside opinions hold Volvo CEO-vice-chairman in-fight responsible for the health condition of Jacoby. As the increasing pressure of the Volvo in-fight hampers business, it is now grown into a serious management snag that Volvo Car Corp. can no longer deal with. Interestingly, the boardroom battles have raised eyebrows over Chinese triumph in the field of takeover of foreign consumer entities.

Li Shufu, chairman of Geely as well as Volvo Car Corp., re-appointed Olsson, an ex-CEO of Volvo with 40 years of experience in the firm to monitor German-based Jacoby. 70 years old Olsson, represents Li, who is unable to communicate in English, at the board. Insiders fear that the Volvo CEO-vice-chairman in-fight will impede Volvo’s revival plan which intends to control the declining sales in Europe and reinstate Volvo’s brand image.

The argument came to its height last year with Olsson trying to influence Jacoby to promote Thomas Andersson, son-in-law of Olsson, from vice president to global head of customer service, marketing and sales. Volvo’s Chinese owner also wanted the same. On the contrary, Jacoby appointed a North American executive. In spite of repeated reports of the argument, Volvo Car Corp. maintains that there is no conflict.

54 year old Jacoby publicly declared on the 23rd of September that he would discontinue work for a month to recuperate through his stroke. As reported by an executive, Jacoby wants Chairman Li to administer the board and not Olsson, an issue cropping up from a conflict over tasks of the board and executives.

Following takeover by Geely, Volvo Car Corp. is aiming to increase its yearly global sales twofold and strongly establish its footprints in luxury auto sales. However, last month Volvo registered a net loss. As stated by Jacoby, Volvo is doubtful about reaching its target sale of 200,000 cars per year in China around the year 2015.

Jacoby and Olsson also disagreed on whether Volvo would be headquartered in Sweden under Geely. As the Volvo in-fight hampers business, the company would face stiff competition from brands like Volkswagen‘s Audi, Jaguar and BMW.