The auction drew social media attention after it had raised nearly $40 million to bid for the rare document.

Why is the cryptocurrency market crashing so hard?

Citadel Founder Ken Griffin bought a first print of the US Constitution for $43.2 million in a Sotheby auction, the broker house announced Friday.

Sotheby’s said the item is the most valuable historical document ever sold at auction.

The auction drew social media attention after a group of crypto investors under the name of ConstitutionDAO said that it had raised nearly $40 million to bid for the rare document. They announced their loss to Griffin in a tweet.

The first copy of the Constitution was estimated to carry a value of $15 million to $20 million presales. It belonged to collector Dorothy Goldman.

Griffin is a converted crypto skeptic who recently came around to Ethereum. 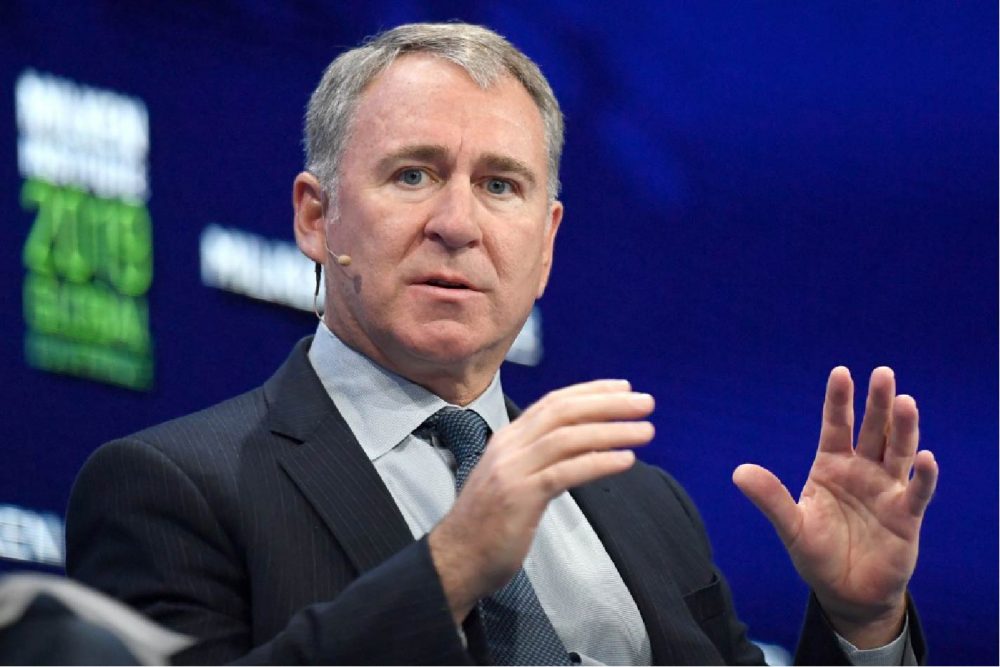 Citadel is one of the world’s biggest hedge funds, with about $34 billion in assets under management.

Griffin said Bitcoin would be replaced “conceptually” by Ethereum’s blockchain — the same blockchain used by ConstitutionDAO at the DealBook conference recently.

Griffin does not intend to keep the document away in his private collection but said that he will loan the document to Billionaire Alice Walton’s Crystal Bridges Museum of American Art in Bentonville, Arkansas.

This print is one 11 surviving copies of the Official Edition of the Constitution printed in 1787 for the delegates to the Constitutional Convention and for the Continental Congress.

The publication was auctioned in front of a big crowd, and the first bid was $30 million. The auction took off with the bid being quickly challenged with an incremental value of $1 million. There was some drama when at the point of being closed at $38 million, it was again raised by a million. And it finally ended at record-breaking $41 million hammer price, $20 million over the estimated value.

“The US constitution is a sacred document that enshrines the rights of every American and all those who aspire to be,” Griffin said. The artifact’s sale “was a monumental and historic occasion,” said Selby Kiffer, the senior international specialist for books and manuscripts at the auction house. “Tonight’s result reflects how relevant it remains 234 years later — not only in America but for global democracy.”

Citadel is one of the world’s biggest hedge funds, with about $34 billion in assets under management. Griffin also founded the largest equities market maker in the US, known as Citadel Securities. Griffin was called to testify before the Congress over the GameStop trading controversy.

ConstitutionDAO said in their Twitter post, “While this wasn’t the outcome we hoped for, we still made history tonight. This is the largest crowdfund for a physical object that we are aware of — crypto or fiat.”

Participants donated Ethereum through Juicebox.money, a platform for community-owned Ethereum-based projects. The group clarified later on Twitter that the contributions would be refunded to the participants.

Christy Gren
Christy Gren is an Industry Specialist Reporter at Industry Leaders Magazine she enjoys writing about Unicorns, Silicon Valley, Startups, Business Leaders and Innovators. Her articles provide an insight about the Power Players in the field of Technology, Auto, Manufacturing, and F&B.
« SoftBank backed Fortress acquires Accordia Golf for $3.5 billion
US government seeking to lift a stay on workplace COVID-19 rules »
Leave a Comment
Close

Commonwealth Fusion Systems secures more than $1.8 billion in Series B funding to commercialize fusion energy. The funding round was led by Tiger Global Management with participati
4 hours ago

The latest Coronavirus variant, Omicron, which is believed to be more transmissible and severe, might derail growth and recovery and raise costs, according to the Organization for
8 hours ago