The French Canadian spectacle of theatrics, acrobatics, and dance– Cirque du Soleil–has filed for bankruptcy in an attempt to ward off permanent closure in the future.

The Montreal-based company said that the Coivd-19 pandemic had made the continuation of the show impossible. Cirque du Soleil laid off 3,480 employees that had been furloughed back in March. The company has come up with a debt restructuring plan with some assistance from the Canadian government. It has also entered into a purchase agreement with existing shareholders TPG, Fosun, and Caisse de dépôt et placement du Québec, as well as Investissement Québec, and other private equity firms to the tune of $450 million. The company has also received $300 million in fresh funding to “support a successful restart, provide relief for Cirque du Soleil’s affected employees and partners, and assume certain of the company’s outstanding liabilities,” it said in a press release. 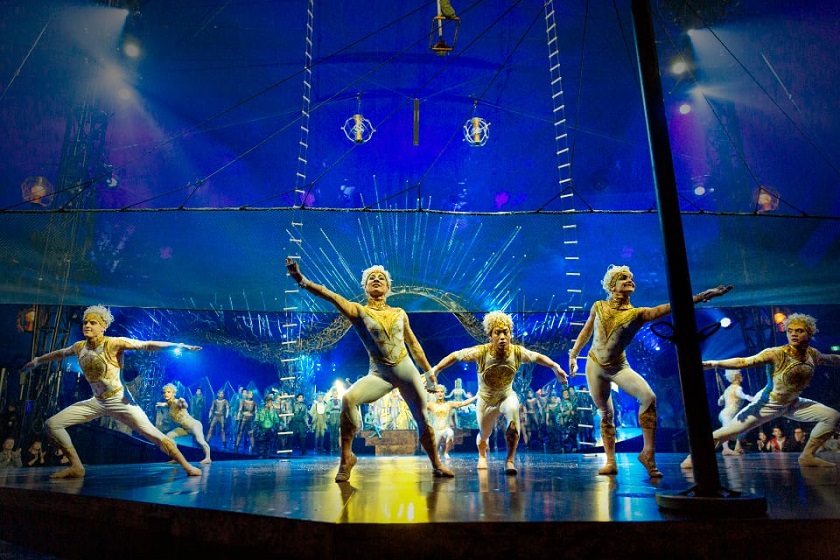 “Performances will resume once the pandemic is under control, pending an easing in government lockdowns and travel restrictions, and in accordance with the new corporate structure in place. Tickets for suspended and rescheduled performances remain valid,” the organization wrote on its website.

“For the past 36 years, Cirque du Soleil has been a highly successful and profitable organization,” said Daniel Lamarre, CEO of Cirque du Soleil Entertainment Group in the release. “However, with zero revenues since the forced closure of all of our shows due to Covid-19, management had to act decisively to protect the company’s future.”

It generated $950 million in revenue last year. But the pandemic has put paid to the show resuming any time soon.

With most players and performers furloughed or let go, resumption of shows will take a long time. Social distancing and no contact and no large gatherings in the near future, make it difficult for any performance art to get back on the road any time soon.

Anna Domanska
Anna Domanska is an Industry Leaders Magazine author possessing wide-range of knowledge for Business News. She is an avid reader and writer of Business and CEO Magazines and a rigorous follower of Business Leaders.
« Pandemic of Plastic in Corona Times
Scientists stumble upon potential Parkinson’s disease cure in Mice experiment »
Leave a Comment
Close