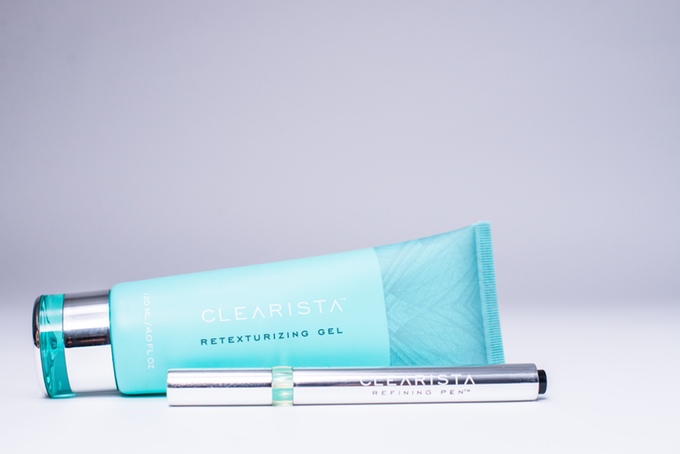 Documents obtained by The Intercept, reveal that The Central Intelligence Agency’s capital arm, In-Q-Tel, has invested in an unlikely venture: Skincential Sciences, a company with an innovative line of cosmetic products.

Skincential’s consumer brand has attracted the attention of some of the most affluent beauty bloggers on YouTube, celebrity skin care professionals, and Oprah’s lifestyle magazine. According to their website, Clearista, the main product line of Skincential Sciences, boasts of a formula so “you can feel more confident and beautiful in your skin’s most natural state.”

But, a revolutionary beauty product isn’t the reason why the CIA has invested in the company. The company has developed a patented technology that gets rid of a thin outer layer of the skin, revealing unique biomarkers that can be used for a variety of diagnostic tests including DNA collection.

Skincential describes this noninvasive procedure as “painless,” only requiring a special detergent, water, and a few brushes against the skin, making it easy to restore the glow of a youthful complexion – and also an innovative technique for collecting data on an individual’s biochemistry.

In an interview with The Intercept, the chief executive of Skincential Sciences, Russ Lebovitz said:

“Our company is an outlier for In-Q-Tel.” The relationship might make for “an unusual and interesting story,” but “if there’s something beneath the surface, that’s not part of our relationship and I’m not directly aware. They’re interested here in something that can get easy access to biomarkers.”

Lebovitz is unsure of the intent of CIA’s use of biomarkers. Although, he did mention during the interview that the fund was, “specifically interested in the diagnostics, detecting DNA from normal skin.”

In-Q-Tel was founded in 1999 by then CIA director George Tenet. It provides funding to help technology companies develop cutting-edge solutions that could support the CIA’s mission or other law enforcement agencies. Its website says that it is an “independent, not-for-profit organization created to bridge the gap between the technology needs of the US intelligence community and emerging commercial innovation.”

According to NPR, the venture capital firm was named after Q, the fictional character who makes technology for James Bond.

Perhaps, the agency could use the technique to gather data about people’s unique biochemistry and use it for crime scene identification or to conduct drug tests.

Skincential Sciences is among several companies backed by the fund provided by In-Q-Tel. A cryptic secrecy surrounds around the name In-Q-Tel, which has deep ties with some of the biggest names in Silicon Valley. Google Earth, one of the most popular mapping tool, was developed by Keyhole Corp., an In-Q-Tel backed company that was later acquired by Google.

Alongside computer and satellite technology, the venture capital arm has also invested in advanced genetic analysis, physiological intelligence, and other biotechnology companies.

Anna Domanska
Anna Domanska is an Industry Leaders Magazine author possessing wide-range of knowledge for Business News. She is an avid reader and writer of Business and CEO Magazines and a rigorous follower of Business Leaders.
« Ed Welburn Retires, Welcomes New GM VP of Design Michael Simcoe
A Little Crazy Is Required To Be Highly Successful in Business »
Leave a Comment
Close