As restaurants across the United States are gradually re-opening, family-friendly arcade and pizza joint Chuck E. Cheese are filing for bankruptcy protection. The parent company CEC Entertainment Inc. recently filed for bankruptcy after its 43 years of business. Like several other food chain businesses, Chuck E Cheese had also been struggling before COVID-19 pandemic, the prolonged closures because of the worsening situation gave it the final blow.

Although CEC resumed its 266 Chuck E. Cheese and Peter Piper Pizza restaurants with states beginning to ease down the Coronavirus restrictions, it became clear to the chain that families won’t prefer hosting their kids’ birthday parties in the joint anytime soon. CEC, however, will continue to offer carryout and re-open some of its 734 restaurants across 47 states and 16 countries while negotiating their debts and leases. “The Chapter 11 process will allow us to strengthen our financial structure as we recover from what has undoubtedly been the most challenging event in our company’s history,” CEO David McKillips stated. 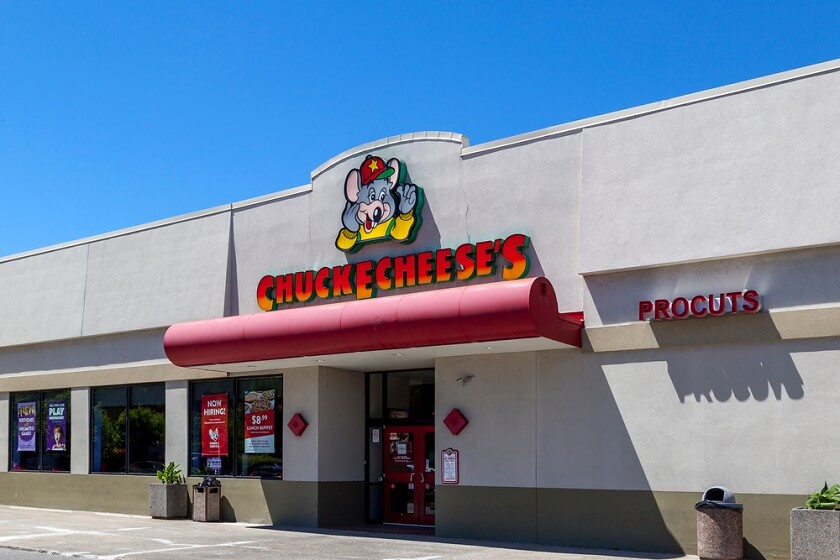 Chuck E. Cheese has been in operation since the year 1977, when Atari co-founder Nolan Bushnell opened its first restaurant in San Jose, Calif. Chuck E. Cheese is famous for its pizza, arcade games, a host of animatronic characters and its famous slogan, “Where a kid can be a kid.” Amongst competitors like Dave and Buster’s and trampoline parks, Chuck E. Cheese began to renew its restaurants after Apollo Global Management purchased CEC in 2014. This included updated video game technologies and coffee, beer, and wine to pool in more parents.

In recent months, Chuck E. Cheese offered delivery on popular food apps under the alias name “Pasqually’s Pizza & Wings.” However, as the restaurant already developed a name from its dine-in experience, the delivery service didn’t work out much.

Chuck E. Cheese is a popular food chain of American restaurants and entertainment centers. The chain is the first brand of CEC Entertainment, Inc, located in Irving, Texas. The food chain serves pizza and other menu items, along with fun activities like arcade games, amusement rides, and animatronic displays as its focus of family entertainment. The restaurant’s name is taken from its main character and mascot, Chuck E. Cheese.

The chain was first opened in San Jose, California, as Chuck E. Cheese’s Pizza Time Theatre, in May 1977. The concept was created and built by Atari co-founder Nolan Bushnell, credited with bringing video games like Pong to the mainstream. The Pizza Time Theatre became the first family restaurant to integrate food, animated entertainment, and an indoor arcade for entertainment.

After a bankruptcy was filed in March 1984, the chain was taken over by competitor Showbiz Pizza Place in May 1985, forming Showbiz Pizza Time, Inc. In the year 1990, the company unified both the brands to rename every location to Chuck E. Cheese’s Pizza. The name was then shortened to Chuck E. Cheese’s and ShowBiz Pizza Time, Inc. became CEC Entertainment, Inc. in the year 1998. The restaurant again renamed itself to Chuck E Cheese in 2019. As of June 2020, CEC Entertainment owns 541 Chuck E. Cheese venues across 47 US states, four Canadian provinces, Guam, and Puerto Rico.

The US reported the highest inflation recorded in the last dozen years at 4.2 percent in April, riding on government stimulus packages, improved energy prices, better spending and
4 hours ago