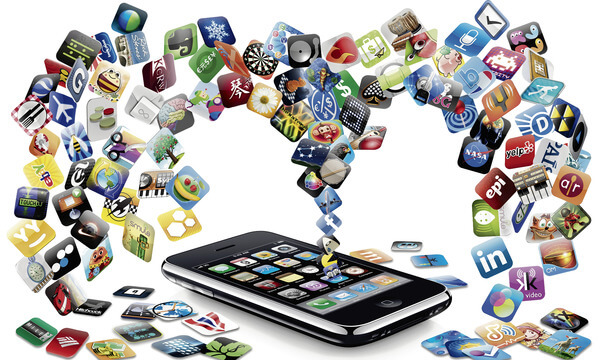 iPhones and iPads have been the most popular among the new generations. And when it is Christmas, it is the biggest day of the year for app sales. Hundreds of thousands of people will open their Christmas gift – the new iPad, iPhone and iPod Touch. And soon after this, the downloading of games and other applications for them will start in abundance.

With jingle bells starting to ring, it’s time for the app developers to pull up their socks and start rushing towards mission Apple. Apple’s review team is all set to reach its annual holiday shutdown Thursday, which means that no one will be available to vet new apps for iPhone or iPad until well after the holiday.

Every year around Christmas, Apple stops accepting submissions of applications for iPhones and iPads and stops updating its store for a while. This year the shutdown starts on Thursday and runs for eight days. App developers working on software for iOS devices must get Apple’s approval, before they leave for Christmas. And that’s what makes the Thursday deadline so crucial for those wanting to reap the potential rewards of a Christmas hit. This surely would be a tough scramble for developers wanting to strike the big deal.

It is not like Android developers who can make apps available to the public any time, even though the applications appearing on the official Android Marketplace have to be approved. Android is lined second in app economy after Apple. Android, the Smartphone software made by Google does not have strict and inscrutable board of reviewers and experts like Apple, who can reject any app that, according to them does not meet the company’s technical or content standards.

There are a variety of outlets where Android developers can sell their apps like, Amazon.com and GetJar, as well as the Google-run Android Marketplace, which gladly accepts new apps any day of the year.

Charles S. Golvin , an analyst at Forrester Research who tracks the wireless industry said, “If you are a developer and want to sell an app for the iPhone, you have to go through Apple. That’s not true of Android or most other outlets. I can’t think of another company that has such a dominant lock on the channel to sell to an audience.”

The App Store for iPhone and iPad stand still at Christmas, and the critical situation leading up to it, emphasizes Apple’s power in the world of mobile apps and the lengths developers are willing to go to meet its demands.

A mobile analytics firm, Flurry, projected that from Dec. 23 to Dec. 26 last year, Apple mobile devices downloaded nearly 240 million apps which made it to about 20 percent of the total downloads for the month.

The Christmas rush is not just for the smaller developers but also for big software developers, which have flexible prices, develop strategies like putting some applications on sale and bringing out new ones to attract more downloads.

The new move of Apple iPad 2, to replace textbooks, would also accelerate the need for new and upgraded applications for education purpose. And obviously the most awaited iPad 3 would also demand fresh apps, something that is advanced from the earlier versions of iPhone and iPad apps.

So if are set to finish the incomplete app, for iPhone and iPad, which could certainly be the next Angry Birds, you’d better pull up your socks to take advantage of the almost assured bonanza that could come through the App Store before Santa arrives.

Aubrey Chang
Aubrey Chang, Associate Editor Industry Leaders Magazine (www.industryleadersmagazine.com)
« You can turn a profit. But can you turn a phrase?
Christmas Couriers Having their Biggest Holiday Season »
Leave a Comment
Close