Qualcomm Incorporated, the world’s largest supplier of phone processors and modems, announced on Tuesday it had named its president and chip division head Christiano Amon as its new CEO.

Amon, who has been with the San Diego-based company since 1995, will replace outgoing chief executive Steve Mollenkopf, effective June 30. Mollenkopf has served as Qualcomm CEO since 2014 and has been with the company for 26 years. He guided Qualcomm through three crises: A hostile takeover bid by Broadcom, Inc., an antitrust case by the U.S. Federal Trade Commission (FTC), and a blockbuster legal battle with Apple. The chipmaker prevailed in all three cases, and Mollenkopf, 52, departs with its shares climbing at nearly three times their value during the time of crises.

The departing Qualcomm CEO will remain at the chipmaker as a strategic advisor for a period of time.

Christiano Amon was unanimously chosen as Qualcomm’s next CEO by the Board of Directors following Mollenkopf’s announcement of his decision to retire.

In a statement, Mollenkopf credit Amon with spearheading the chipmaker’s 5G strategy and its expansion beyond mobile into segments such as Mobile, RF Front End (modems) and Internet of Things.

Christiano Amon is a popular face in the mobile industry – he is often invited to speak at industry events on behalf of the company. He is also the driving force behind the company’s expansion into 5G tech, automotive computers and personal computers.

He is in charge of the company’s semiconductor business, which includes the Mobile, RF Front End (modems), Automotive and Internet of Things divisions. He was promoted to the President position in January 2018 and will retain the role while also carrying out the chief executive role.

As Qualcomm president, Amon played a monumental role in its licensing division, which signs agreements related to its patent portfolio and generates most of the company’s profits. In recent years, Christiano Amon has overseen Qualcomm’s chip vision, which supplies mobile processors to most of the Android phone makers and modem chips that help both Android devices and Apple Inc.’s iPhones connect to wireless data networks. 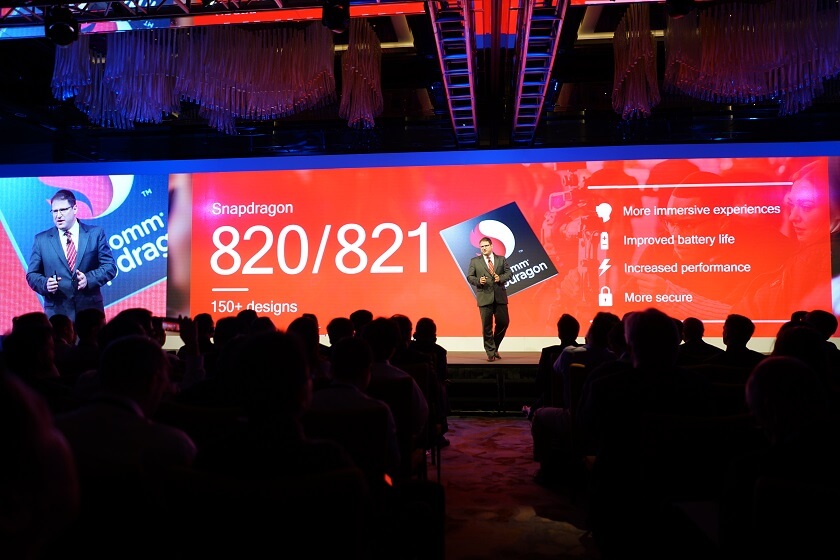 “We have been at the forefront of innovation for decades and I look forward to maintaining this position going forward,” Mr Amon said. “In addition to driving the expansion of 5G into mainstream devices and beyond mobile, Qualcomm is set to play a key role in the digital transformation of numerous industries as our technologies become essential to connecting everything to the cloud.”

Qualcomm’s stock is climbing steadily since March 2020 after the company announced it was going to sell millions of chips for 5G smartphones as people upgrade their phones.

According to Counterpoint Research, Qualcomm was the biggest 5G chipset maker in Q3 2020. It powered roughly 39% of 5G smartphones sold worldwide. 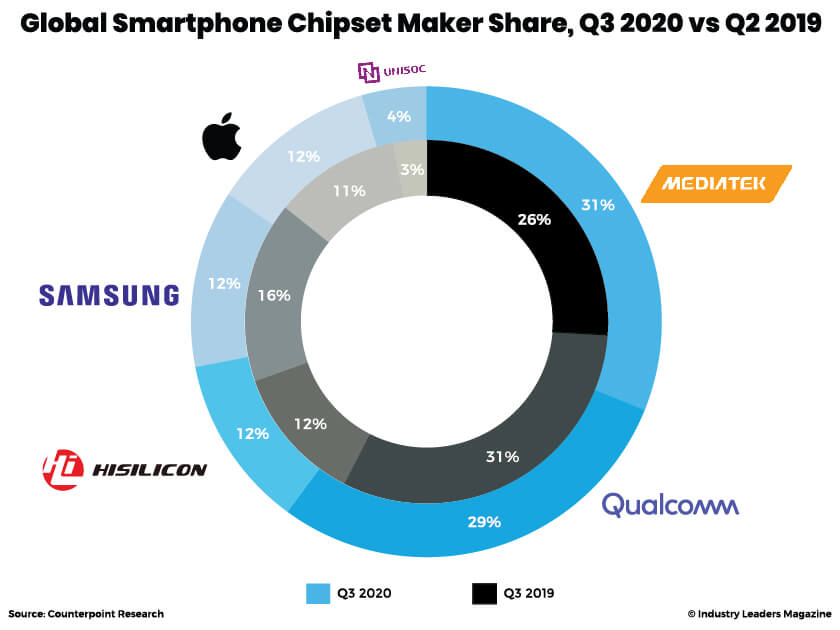 The chipmaker reported a fiscal fourth-quarter net income of $2.96 billion, which amounts to $2.58 a share, compared with a net profit of $506 million, or 42 cents a share, a year ago.

Qualcomm was founded in 1985 and started as contract research and development center for government and defense products. In the ‘90s it restructured to focus on patents and chipset business. By 2000, the chipmaker has grown from an 8-employee company in 1986 to 6,300 employees.

Anna Domanska
Anna Domanska is an Industry Leaders Magazine author possessing wide-range of knowledge for Business News. She is an avid reader and writer of Business and CEO Magazines and a rigorous follower of Business Leaders.
« Japan developing wooden satellites to reduce space junk
Bitcoin could reach a high of $146,000, says JPMorgan »
Leave a Comment
Close