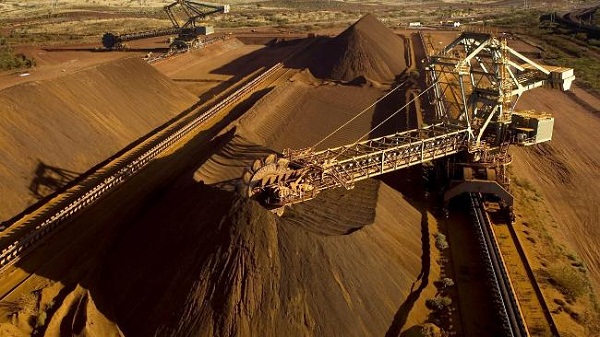 On the 28th of February, Rio Tinto Plc informed that Chris Lynch, a former BHP Billiton Ltd. executive, was named its new chief financial officer. Chris Lynch will replace the much-respected and committed employee Guy Elliot who informed about his intention to step down back in July 2012.

Changes are inevitable… Gail Sheehy once noted: “If we don’t change, we don’t grow.” This simple rule applies to a private and professional life. This rule applies to individuals, groups and companies. Rio Tinto is facing changes, but it is nothing but natural.

And Rio Tinto Plc’s decision to replace its chief financial officer Guy Elliot with Chris Lynch is also quite natural. The former BHP Billiton executive is to take the helm on the 18th of April. However, it was underlined that Guy Elliot, who announced its retirement in July 2012, would remain with the board through 2013.

The decision to employ the former financial chief of BHP Billiton is not surprising as Chris Lynch just knows the business. After leaving BHP Billiton in 2007, he worked as chief executive officer at Transurban Group till July 2012 when he joined the board of mining giant Rio Tinto Plc. Certainly, he will face many challenges, not to mention that he will be closely watched and compared to Guy Elliot who has been CFO for more than 10 years and has been working for the company for more than three decades, sic! So, Chris Lynch has big shoes to fill in.

Sam Walsh, new chief executive officer at Rio Tinto Plc, underlined in a statement: “Chris Lynch is an extremely high-calibre addition to our executive team with a strong pedigree of board, mining and financial experience.”

Problems on the horizon

Rio Tinto is going through a small revolution also on the HR level as top executives are going and coming. But this should not surprise anyone as the company has informed that it recorded its first annual loss in January.  The first-ever annual loss was driven by a $14 billion write-down on the value of assets, including Alcan Inc. and the coal asset located in Mozambique. The enormous write-downs led to the “resignation” of Tom Albanese from the position of chief executive officer.

The announcement of the retirement made by Guy Eliot in July 2012 certainly helped him to kiss that one goodbye more gracefully, compared to Tom Albanese who was simply sacked after facing allegations regarding purchases of assets. With problems on the horizon, Rio Tinto Plc decided to cut its executive committee from eleven positions to nine.

Chris Lynch, who is due to take over in April, will certainly face many problems and challenges as mining giant Rio Tinto has already started concentrating on approximately $5 billion cuts in costs. Chris Lynch has underlined that he is looking forward to taking the bull by horns as he aims to improve the business.