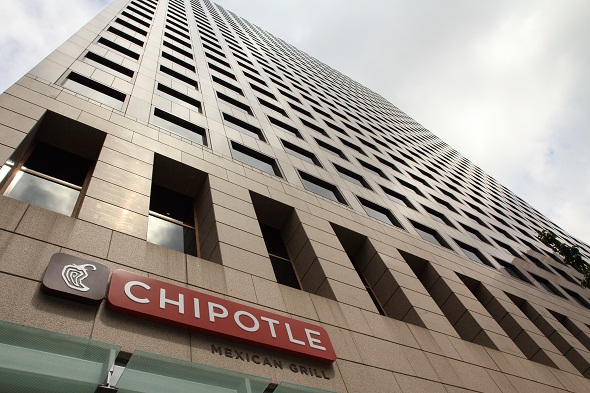 The GMO foods are used in almost every food and drink products viz. sugary fructose drinks and many other fast food items.

Chipotle, the fast-casual Mexican-styled restaurant’s, Co-CEO Steve Ells ditches genetically modified foods over Non-GMO policy, as they think that it causes damage to the environment and health of the consumers. It’s really surprising, but true. Chipotle is the first restaurant company to announce going non-GMO in their food products.

The GMO foods are used in almost every food and drink products viz. sugary fructose drinks and many other fast food items. The reason behind ditching GMO ingredients from Chipotle’s food menu is that Mexican food purveyor wants its customers to enjoy eating healthy food items.

Scientists are still making a research study on the long-term implications of GMOs. They also mentioned that a majority of the scientific studies revealed that the use of GMO in food is safe, and it does not harm to the environment. But, the evidence revealed from other sources said that the use of GMOs in food items does not show any effects in the long-term. The study is still on to find out more on the implications of GMOs. Hence, the Mexican grill is prudent to take a cautious approach towards GMOs.

Moreover, evidence suggests that GMO is engineered to withstand powerful chemical herbicide that damages the population of insecticides and creates herbicide resistant super-weeds.

It was recently revealed that customers of the Chipotle grill claimed that they were not able to eat right food, as the foods were not labeled as GMOs. But, the spoke person of Chipotle, Chris Arnold said in an email that, they have not yet found that people are getting sick by eating their food items that contained GMOs till date. He also added that due to such implications of GMOS, they opted to serve foods with integrity (non-GMO ingredients).

The third reason for opting non-GMOs was that the restaurant company wanted their customers to have Chipotle as the best place to eat and enjoy the taste and choice of the food served with Non-GMO ingredients.

In short, Chipotle is ditching GMO and opting for non-GMO ingredients that made masses to haul over a more debatable side. Up till now, Chipotle had also disclosed that their food contains GMO ingredients, but it seems that this Mexican-styled restaurant company is gaining a huge popularity making their food quality services as their prime mission and sustaining its decisions with such robust supply chain. This instant movement has sparked proposed labeling requirements on the federal and state level. In July, 2016, a federal court mandates to mark a label on the GMO food products. You won’t believe, but many food industries have spent more than $10 million to fund anti-labeling. Chipotle being a foodie hotspot for most of the folks is ready to spend more towards serving quality food, and by far is making the best attempts to sustain on to its mission and goals.