The world is facing a serious chip shortage, which has affected the auto, smart devices and any other industry that uses semiconductors. The pandemic, the Texas winter storms, and a fire in a Japanese plant owned by Renesas Electronics, one of the world’s biggest makers of chips for the automotive industry, have all upset any predictions for this coming year.

Car productions have been hit across the world due to a chip shortage and the diverting of supplies to consumer electronic goods that saw an explosion in demands during the pandemic year. The lockdowns forced people to operate from home, which led to increasing demands for smart gadgets to stay connected.

Daimler had decided to cut its working hours and temporarily halt production at two plants in Germany due to a lack of chips. Nearly 185,000 workers at its plants in Bremen and Rastatt will be putting in a shorter day at work. 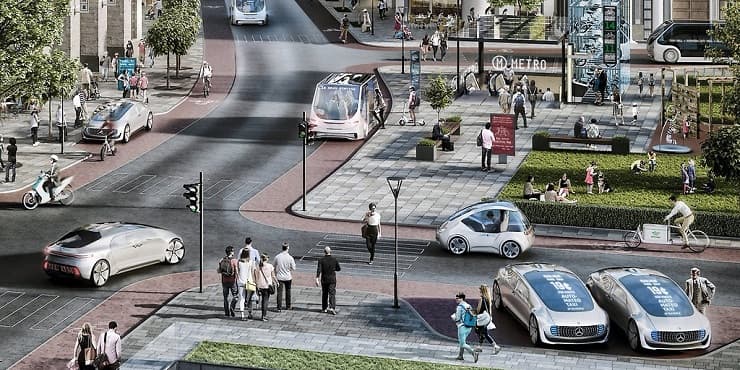 “Currently, there is a worldwide supply shortage of certain semiconductor components,” a spokeswoman said. “We continue to play things by ear.”

“The situation is volatile, so it is not possible to make a forecast about the impact,” she added.

The assembly lines will halt at the two factories, but the staff will continue to work on special projects. The production halt is in effect initially for a week starting from April 23.

The chips in auto industry are used in drivers assistance features, for fuel economy and computer management of engines. No car is complete without these chips to operate the value addition peripherals in cars.

The shortage of chips has hurt vehicle production at carmakers, including General Motors Co, Volkswagen AG and Ford Motor Co.

Currency fluctuations have exacerbated the situation. The industry is facing “headwinds” from current supply chain bottlenecks, raw material costs and part shortages that is affecting the manufacturers further.

Automaker Stellantis has gone so far as to replace digital speedometers with more old-fashioned analogue ones in one of its Peugeot models due to the shortage of semiconductor chips.

According to research by IHS Markit, around 670,000 fewer cars will be produced in the first quarter of the year as a result of the shortages. The report further says that the supply bottleneck may last till the second half of 2021.

About 70 percent of the world’s supply of semiconductor chips is made by a single company — Taiwan Semiconductor Manufacturing Company (TSMC).  The shortage even led to Germany’s economy minister, Peter Altmaier, appealing to his Taiwanese counterpart Wang Mei-hua, to intervene on behalf of carmakers.

An alternative being considered by all carmakers is to go local and source the same from within the country. Altmaier’s said that the German government will invest more in homegrown chipmakers to avoid future crises.

However, Reinhard Ploss, chief executive of Germany’s Infineon, one of the largest semiconductor manufacturers in the world, said that while the industry would “need to think again” about auto supply chains, there was a limit to how long chips could be stored in a stockpile. Ploss said, “ Semiconductors have an expiration date, and at some point we can’t continue to use them because of quality considerations”.

Anna Domanska
Anna Domanska is an Industry Leaders Magazine author possessing wide-range of knowledge for Business News. She is an avid reader and writer of Business and CEO Magazines and a rigorous follower of Business Leaders.
« HSBC profits rise as the global economy begins recovering
Toyota pays $550 million for self-driving unit of Lyft »
Leave a Comment
Close