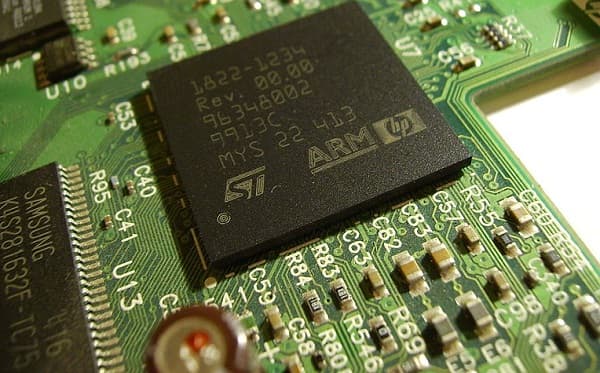 Reputable chip designer ARM Holdings Plc once again surprised with shockingly strong results for the first quarter which topped initial projections. The company, which provides the biggest names in the industry such as Apple Inc. with its chips, underlined that the strong performance was driven by its newest designs.

On the 23rd of April, ARM holdings Plc informed that it saw its sales climb in the first quarter due to increased demand for its products. The figures showed that the company, whose chip designs are used in Apple Inc.’s iPhones and iPads, witnessed a 44 percent increase in adjusted pretax of nearly £89.5 million. The adjusted pretax profit significantly topped analysts’ estimates of approximately £77.5 million.

As for revenue, the Cambridge-based company recorded a 29 percent increase to around £170.3 million in the three-month period ended in March.  Also in this case, chip designer ARM exceeded analysts’ projections of £160 million. Undeniably, it was a next good and fruitful quarter for the company which underlined the significance of the continuous work on upgrading its products.

As it was stressed by ARM Holdings Plc, ARMv8, Mali and big.LITTLE were astonishingly very attractive to the company’s clients. According to released data, approximately 50 percent of licenses regarded the Cortex-A series technology. Warren East, chief executive officer at ARM Holdings Plc, simply highlighted: “Everyday devices are becoming smarter, more connected and more energy efficient, which is increasing the applicability of and demand for ARM’s technology. In particular, this quarter ARM saw strong uptake of its next generation, higher royalty bearing ARMv8, Mali and big.LITTLE technology for smartphones and mobile computers.”

The fact is that the company’s concern over the impact of emerging markets on demand for ARM products did not come true. The strong performance of ARM Holdings Plc in the first three months of the year was much backed by continued growth recorded by the market of mobile devices.

Concurrently, ARM Holdings Plc underlined that the revenue for the second quarter was expected to be in line with the analysts’ projections of nearly £ 162 million. The fact is that the company does not have to bother when it comes to a sharp slump in demand for PCs. ARM Holdings Plc will see growing demand for smartphones and tablets as clients will exchange traditional PCs for modern and cheaper mobile devices.

ARM Holdings Plc has to prepare itself for a big change. On the 19th of March, company’s CEO Warren East informed that he chose to retire. It will be undeniably a loss for the company as his leadership led to the good reputation and a market share of around 30 percent.

On the 1st of July, Simon Segars will take a helmet from CEO East. Mr. Segars underlined that he would not introduce any significant changes as the current strategy  was working. Without a doubt, he will face not only new challenges but the legend of CEO East as well.