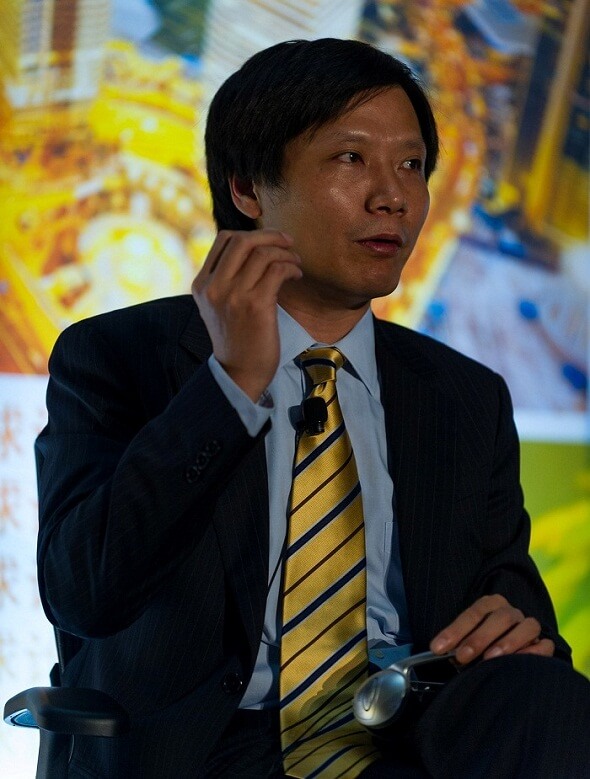 The numbers were announced by Xiaomi’s CEO, Lei Jun (pictured) through Weibo

Xiaomi, the world’s third largest phone maker has raked in robust sales in 2014 more than doubling its revenue from the year before.

The four year-old Chinese smartphone maker’s meteoric growth in 2014 has been astonishing to observe. The company has confirmed that it sold a jaw-dropping 61.12 million handsets during the previous year bringing in 74.3 billion yuan ($12.1 billion) in pre-tax sales, an increase of 135 percent from 2013.

These numbers were announced by Xiaomi’s CEO, Lei Jun through Weibo. Now the world’s third largest smartphone maker behind Samsung and Apple vaulted to this position by marketing low-cost tablets and smartphones targeted at budget-conscious customers in markets such as China, Indonesia and India. The company plans to sell 100m devices in 2015, fuelled by an international expansion beyond Asia and into Eastern Europe and South America.

“We believe everyone in the world would appreciate the opportunity to enjoy technology innovation,” Lei wrote, according to a translation provided by the company. “Thus we remain fully committed to our global business.”

Despite its inexorable sales growth, Xiaomi encountered some issues in India recently following a lawsuit filed by Ericsson for violation of its patents. That ban was lifted temporarily, but the legal dispute continues. The company will need to sort things out with Ericsson to safeguard its long-term future in India, and potentially other markets.

Lei who is also known as the Steve Jobs of China has also been criticized for the similarities between Xiaomi’s products and Apple’s. Apple design chief, Jony Ive, has accused Xiaomi of stealing the design and of being lazy. Former Google executive and vice president of Xiaomi, Hugo Barra said his designers are inspired by a lot of things and Xiaomi is no copycat.

If we take a snapshot of the mobile world today, we’d see smartphone giant Samsung have stumbled with disappointing sales, while the fast-growing Xiaomi Technology is starting to make a bigger name for itself. Recently the company became the world’s most valuable venture-backed startup when it managed to secure venture capital funding of $1.1 billion, giving it a valuation of $45 billion.

According to research firm Canalys, Xiaomi overtook Samsung as China’s leading smartphone maker in August. The company has generated a large amount of buzz for devices like its Redmi 1S by conducting online flash sales — in which a certain number of phones go on sale at any one time.

Christy Gren
Christy Gren is an Industry Specialist Reporter at Industry Leaders Magazine she enjoys writing about Unicorns, Silicon Valley, Startups, Business Leaders and Innovators. Her articles provide an insight about the Power Players in the field of Technology, Auto, Manufacturing, and F&B.
« Rumored HTC Hima or One M9 Specifications Appear Online Again
Toyota to Offer Fuel-Cell Patents to Other Car Makers for Free »
Leave a Comment
Close

Two tweets were posted using NFT artist Beeple’s account. The first one promoted an exclusive collection with Louis Vuitton. The second tweet announced that Beeple would soon rel
22 mins ago