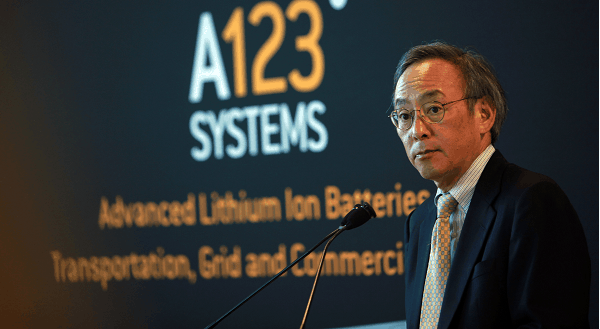 A Chinese company specializing in auto parts production is to rescue U.S. battery maker A123 Systems, a recipient of a quarter-billion dollar green technology grant from the Obama administration. The Chinese company, China’s Wanxiang Group Corp., wants to obtain a controlling stake in the U.S. battery maker A123 Systems. The U.S battery maker, which was said to have been the most promising American innovator in the clean-fuel car industry, had to be rescued by a foreign investor.

The Chinese investor, China’s Wanxiang Group Corp., plans to invest $450 million. This investment is essential cash flow for the A123, which would be able to continue the production of batteries for electric and hybrid cars. A123 has been an example of an American high-tech lithium-ion battery maker as well as a successful project sponsored by the green revolution of Obama administration. As it was reported, Wanxiang would get up to 80 percent of A123’s shares in return for the $450 million investment.

China’s Wanxiang Group Corp., one of the biggest parts makers in China, has recently purchased number of auto assets in the Midwest.  Wanxiang plans to expand its business into clean energy technologies, so the decision to invest in A123 is not a surprise.  Moreover Chinese companies have been trying to get control over global-and-gas industry. In July another Chinese company, China NOOC Ltd. announced its plan of buying Canadian energy company, Nexen Inc., for $15.1 billion. China Petrochemical Corp. had been also interested in investing in one of a U.K. oil companies. According to data, more than 1,400 acquisitions were finalized by Chinese companies since January of 2008.

A123 was a recipient of the $249 million federal grant in 2009. Obama administration wanted to encourage companies to engage in development of green technology. A123 was said to have been one of most successful examples of this Obama’s initiative, “green jobs”. Steven Chu, Energy Secretary, during his visit in 2010 at A123’s Romulus said that the company was: “a perfect example of what’s possible when the private sector, government and academia work together”. However the economic crisis, with alongside recession, caused deteriorating demand for electric cars. The production capacity had been set at too high level because of exaggerated hopes of the industry.

The possible takeover of A123 may cause a new drama for President Barack Obama, who is currently struggling to be reelected. The Chinese investment in the company favored by Barack Obama administration would be a present for the Republican candidate, Mitt Romney.

Barack Obama is currently being attacked by Republicans for backing companies such as Solyndra, the solar panel maker. In case of the Chinese takeover of A123, the intellectual property will be at stake. Cliff Stearns said: “We need to make sure the federal government isn’t an unwitting accomplice to the theft of our own national secrets by providing [foreign-controlled companies] with multimillion-dollar government grants and loans.”

The green technology sector will play an important role in industry in the near future. Michael Wessel, a member of the bipartisan U.S.-China Economic and Security Review Commission, reminded: “This is a critical sector and one that American policy makers have focused on in terms of future economic opportunity and job creation.”  One thing is certain that dependence on foreign-oil and extensive pollution will force more countries to invest their funds in green technology. China is aware of those problems and wants to solve them by investing in companies developing “future”.