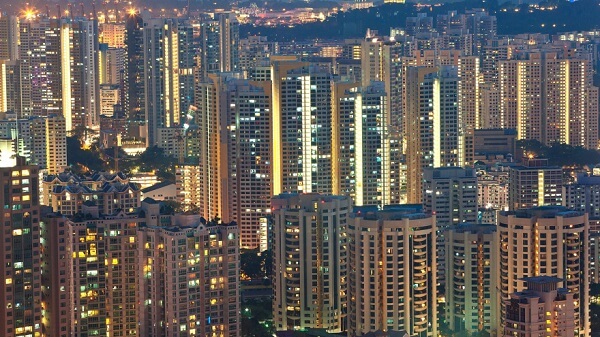 China is racing to move 250 million people out of the countryside into newly constructed towns and  cities  over  the next 12 years. Such massive construction is seen as a source to create an active consumer market to support the economy.

China’s uprooting move has primitively changed this nation of 1.3 billion people and counting. The country’s  urban population increased from 170 million in 1978 to 690 million in 2011 which is perhaps a great social revolution as 600 million people have been given the chance of a better life.

The main aim of the government’s modernization plan is to urbanize 1 billion people by 2030 and by 2025 it will have 221 cities with more than 1 million people. Currently only half that number are.

Across rural China, nearly  everything  has been torn down to make way for new skyscrapers. New schools and hospitals offer good services but often at the cost of demolishing buildings that date to long ago dynasties.

These changes have evoked a mixed response from the now- landless farmers who have been pushed into city life. They lamented about the lack of opportunity to voice their concerns about locating to another place. They expressed anger over the abrupt and dramatic uprooting. They received apartments for free and thousands of dollars for their land but their primary concern is about their future when the money runs out.

An estimate of $600 billion a year has been planned by the state on new roads, hospitals, schools and community centres. Huge sums will  be needed to pay for the education, healthcare  and pensions of ex-farmers. The urbanization drive presents an enormous challenge to the ruling communist party. Land disputes which accounts for protests each year in which people sometimes set themselves ablaze rather than relocate and the other millions who pack into the cities is testing China’s ability to maintain a stable governance.

The Chinese Academy of Social Sciences cautioned that the urbanization drive would throw up a variety of problems and a series of legal changes would  be required to overcome this. Some of these problems could include dismal pollution, traffic congestion, contaminated food, chronic unemployment, which in turn would lead to protests from farmers who are skeptical about moving. Most jobs are quite far from the newly built towns .And even if farmers do get jobs, they might as well lose them when they cross 45, since employers need young and efficient workers .Instead of creating wealth, urbanization would potentially create a huge underclass in the cities and the ruining of rural culture and religion.

The push for urbanization is to change the country’s economic scenario. New city dwellers mean new opportunities for construction companies, public transportation and utilities .Economists say the government need not bear the cost completely because once the farmers start earning in the city, they will start paying taxes and contribute to welfare programs.

With very limited revenue the local governments still needs resources to get these programs started. But they rely mostly on central government transfer payments or land sales and without their own resources they are reluctant to allow new city dwellers to attend local schools or avail from health care programs. China officially has 53 percent rate of urbanization but just 35 percent of the people has urban residency permit. This permit allows a person to enroll  in local schools or get medical benefits. Urbanization is good in the long run but in the short term the rural population still lags behind in enjoying the benefits of economic development. It will be interesting to see how this social experiment turns out in the coming years.