Baidu bets on purchases as its sees slow profit growth 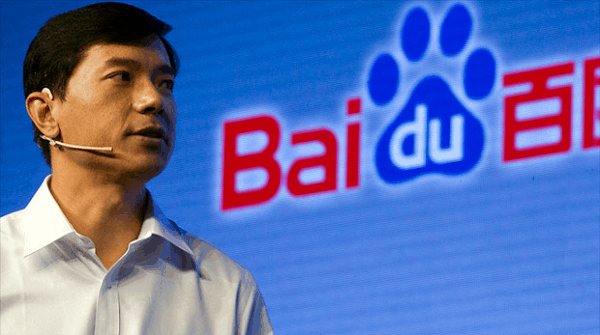 China’s search engine Baidu Inc. reported that third-quarter profit grew approximately 60 percent from a year earlier to about $478.6 million due to advertisements. The reported Baidu Inc.’s revenue growth, however, slowed down amid an economic slowdown in China.

Baidu Inc., the Beijing-based company, informed that the company’s profit for the three months ended September 30 was roughly 478.6 million. Baidu Inc.’s revenue increased 49.7 percent to about $995 million, but that growth both missed analysts’ estimates and was down from the previous quarter’s 60 percent.

As it was stated by the Beijing-based company, Baidu Inc.’s income in the third quarter climbed because the China’s biggest search engine continued to attract growing amounts of advertising. According to data, Baidu Inc.’s revenue from online marketing revenue jumped as much as 50 percent in the three months ended September 30 to approximately $993.8 million. In addition, Baidu Inc.’s officials highlighted the fact that numbers of active online marketing customers surged about 28 percent in the third quarter to roughly 390,000.

Moreover, data showed that Baidu Inc.’s bandwidth costs grew to approximately 4.3 percent of total revenue in the period, from about 4 percent in the same period a year earlier. According to data released by Baidu Inc., research-and-developments costs jumped 60 percent.

Robin Li, chief executive officer at Baidu Inc., commented the company’s third-quarter results, stating: “We are pleased to report a solid performance for the third quarter driven by encouraging customer growth and improvements to our monetization platform.”

According to compiled data, the China’s biggest search engine has roughly 80 percent of the Chinese search market and it is ahead of No.2 Google Inc. with roughly 15.4 percent. The company has become the leader in the Chinese search market since Google Inc. decided to exit China and move its operation to Hong Kong in 2010 because it did not want to agree to censor web search which was required by Chinese law.

However a new competitor is on the horizon. Just in August Qihoo 360 Technology Co., which is an anti-virus company, started its own competing search engine posing a risk for Baidu Inc. itself.  Qihoo 360 Technology Co., without a doubt, is a threat to Baidu Inc.’s dominance in the Chinese search market as the new rival quickly attracted 5 percent to 10 percent of search traffic, according to compiled data. The debut of the Qihoo’s search engine had, however, little effect on market share by revenue.

As it was stated by the Beijing-based company, Baidu Inc.’s fourth-quarter revenue will range from 6.16 billion yuan ($987 million) to 6.35 billion yuan, which is slightly below analysts’ estimates of approximately 6.4 billion yuan.

The economic slowdown in China, which has been weakening demand for online advertising, and the new competition from Qihoo 360 Technology Co. are threats to Baidu Inc.’s dominance in the Chinese search market. Certainly a more challenging macro environment will force Baidu Inc. to adjust to new conditions. Even though the Qihoo’s search engine has not been ranked among the top four search engines in China by revenue, Baidu Inc. has to observe carefully its new rival.

Anna Domanska
Anna Domanska is an Industry Leaders Magazine author possessing wide-range of knowledge for Business News. She is an avid reader and writer of Business and CEO Magazines and a rigorous follower of Business Leaders.
« Philippines’ credit ranking raised by Moody’s
Forstall all set to forsake Apple next year »
Leave a Comment
Close