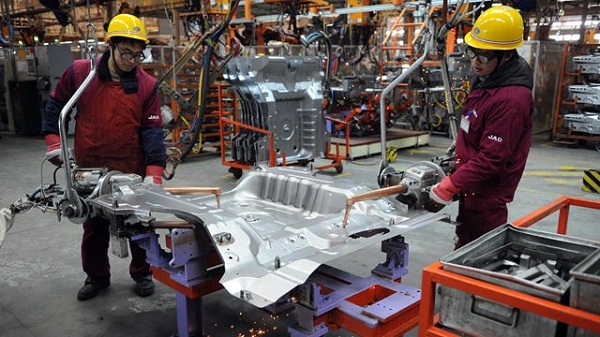 China’s manufacturing activity surprisingly expanded at the fastest rate in approximately 19 month, according to a key manufacturing index released on the 31st of December. A sub-index for new orders showed that the world’s second economy was on track to recovery, boosting optimism in markets.

Qu Hongbin, chief economist for China at HSBC Holdings Plc, underlined in a note which was issued with the findings: “Such a momentum is likely to be sustained in the coming months when infrastructure construction runs into full speed and property market conditions stabilize.” He also noted that recently taken steps of continuing the pro-growth policy should result in growth of approximately 8.6 percent year-on-year in 2013.

The findings of the survey also indicated that China saw output at factories increase for the second straight month in December. What is more, the expansion had the fastest pace in 21 months, while new orders climbed at the fastest rate since the beginning of 2011.

However, analysts underline that the optimistic figures are mainly linked to domestic demand and investment as China’s export is facing a slowdown in its biggest markets. The picture of global economy remains unclear as the European Union is still struggling with the debt crisis and there is rising uncertainty about the resolution of the fiscal cliff in the United States. The HSBC survey showed that new export orders decreased slightly in the month as a new export orders sub-index was under 50.

Infrastructure and housing sectors have been improving and along with them other related segments. But analysts highlight that the growth was mainly driven by investment as the government decided to increase spending on different infrastructural projects.

Many believe that China’s manufacturing is an indicator of the state of the global economy due to its strong position in the world. China is not only a large importer, but also an important exporter. Analysts pay attention to the state of China’s manufacturing as it accounts for a large part of its economy, thereby playing a significant role while making decisions which have not only impact on China’s economic system but on economic conditions of other countries as well. Therefore the surprising figures on the China PMI in December lifted world’s spirits. More and more findings indicate that the China’s economic slowdown is coming to an end.

However analysts warn that the external environment will remain challenging in 2013 as the European Union and United States, which are China’s biggest partners, are struggling with their own problems. Economists and politicians hope that the pro-growth policy of the government will put an end to the economic slowdown, thereby at least partially normalizing the challenging situation in the global economy.