How can biodegradable plastic solve the plastic pollution problem?

The empty shampoo bottle that you threw away last week will end up 7,000 miles away in a deserted town in China. Up until now, China acted as the world’s trash can, importing about half of the planet’s exported plastic waste – but as of December 31, 2017, China put a crack on the disposal of plastic waste sent its way.

Researchers at the University of Georgia looked at the mountain of a problem to calculate how much plastic waste China has imported from 1988 to 2016. According to a study published in Science Advances, China’s plastic waste ban might displace 111 million metric tons of waste that needs to be dealt with – and China isn’t going to help us anymore. 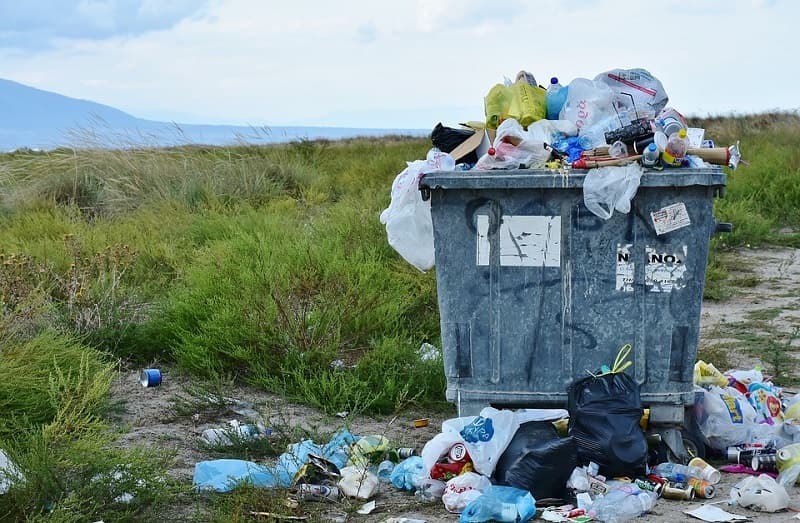 “After 28 years of accepting all that plastic waste, it’s no wonder China says ‘no more,’” Amy Brooks, the study’s first author and a doctoral student at the University of Georgia’s New Materials Institute, said by phone. “It’s absolutely a wakeup call to the rest of the world to start managing their waste differently.”

Brook’s study uses 10 years of import records into China to project the amount of displaced plastic, assuming waste production continues on its current trajectory. Much of this waste is expected to go to U.S. landfills or short-term alternative markets like Thailand, Malaysia and Vietnam. But these countries are nowhere near as equipped to handle the world plastic waste of that size. An overwhelming amount of trash is dumped into the oceans, disturbing ecosystems or being burned and adding to the world plastic pollution problem.

The world’s plastic problem has been piling up for decades. Since the early 1950s, the annual output has grown from about 2 million tons to 322 million produced in 2015. The current plastic production rates eclipse our ability to dispose of the trash, and supply is only expected to grow.

Anna Domanska
Anna Domanska is an Industry Leaders Magazine author possessing wide-range of knowledge for Business News. She is an avid reader and writer of Business and CEO Magazines and a rigorous follower of Business Leaders.
« Young Entrepreneurs Revolutionizing Food And Farming
Intel in its Worst Leadership Crisis as CEO Brian Krzanich Resigns »
Leave a Comment
Close

Companies have raised over $400 billion in the first three weeks of 2021 as stimulus packages from governments and central banks have led to...
35 mins ago

Alphabet-company Google has announced $150 million to promote vaccine education and equitable distribution of the vaccine. It will also open...
2 hours ago