China’s Manufacturing PMI Hits An 8-Month Low, The Latest Sign Of A Slowdown

China’s manufacturing grows in November; Chinese dragon is back

Manufacturing activity in China fell to an eight-month low in February, a government survey showed on Saturday, suggesting a modest slowdown in the world’s second-largest economy.

The sub-indexes gauging output, new orders, new exports fell in February compared with January, while the sub-indexes for inventories of manufactured goods, and business activity and production prospects saw growth during the month. The employment sub-index also fell consequently for a fourth month to 47.2, its lowest point since March 2009. Rise in overseas demand for South Korean and Japanese goods eased, the purchasing managers’ reports stated. 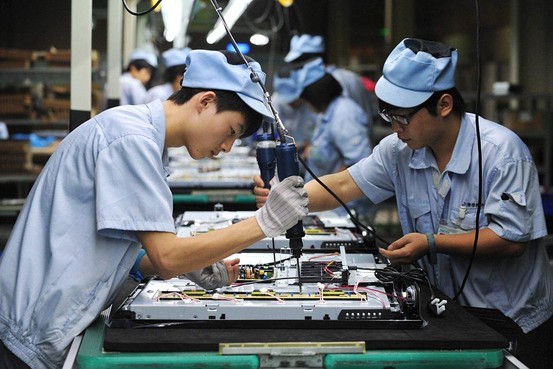 The slowdown is expected to shake global economy. Analysts believe there will be a further drop to 7.5 per cent this year.

The HSBC/Market purchasing managers index (PMI) on China, released Monday provided further proof of an ongoing slowdown. China manufacturing fell to 48.5 in February from January’s 49.5 reading a seven-month low and the third straight monthly decline in the index.

The National Bureau of Statistics PMI report released on Saturday tumbled to 50.2 from 50.5 in January, 51.0 in December and 51.4 in November indicating the slowest growth in eight months. A PMI over 50 points indicates growth from the previous month, while anything below 50 suggests contraction. This indicates China’s 17th consecutive month of manufacturing growth but at a sluggish pace, the lowest since a June reading of 50.1.

Although the PMI results are seasonally adjusted manufacturing was likely affected by closing for China’s most important annual holiday, the Lunar New Year festival, which began on January 31 and covered early February, when factories are shut down and consumers withdraw extra cash from the banking system.

Economic growth in China has weakened in recent years, hitting a low of 7.7 per cent in 2013, the lowest level since 1999. Analysts believe there will be a further drop to 7.5 per cent this year.

The lowered estimate comes as Beijing is determined to improve the country’s growth model so that buyers and other private enterprises play a more crucial role, rather than wasteful state investment.

Beijing has remained tight-fisted in its monetary policy due to concerns over the country’s banking system, with two liquidity crunches occurring last year partly because officials were eager to impose stricter discipline over banks rising debt levels.

According to senior NBS statistician Zhao Qinghe believes that business activity in the manufacturing sector will make progress in coming months as seasonal factors fade, Zhao pointed to advancement in the sub-index of the official PMI for business activity  and production expectations, which saw a jump in February to 61.8 points from 10.5.