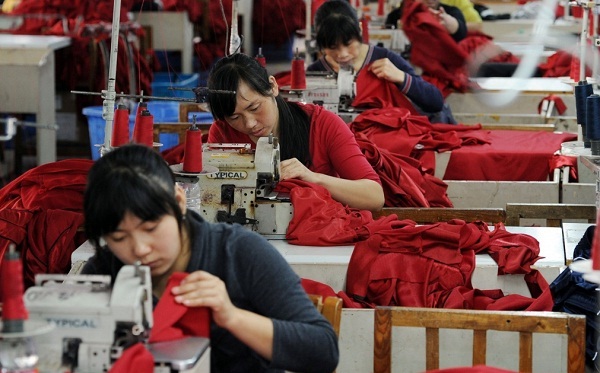 China’s manufacturing activity for April certainly embittered analysts and markets as the preliminary reading showed that the factory activity expanded at a slower pace than initially expected, adding to signs that the world’s second economy was slowing down. There are still many various obstacles ahead of China which is trying to get back on the growth track.

On the 23rd of April, HSBC Holdings Plc and Markit Economics issued its preliminary reading for China’s factory activity showing that it dropped to 50.6 in April, compared to the final manufacturing PMI of 51.6 in March. The preliminary China’s PMI for April was significantly lower than analysts’ estimates of 51.5. Hence some analysts highlight that the reading indicated that the economic recovery of China was indeed slowing down. The fact is that the authorities face different problems, including export demand and weak consumption, thus the recovery process might become stagnant.

HSBC Holdings Plc strongly underlined that the slump in the manufacturing PMI was driven mainly by drops recorded in new orders, employment, input and output price as well.

Surprisingly, a sub-index showed that new export orders slumped to 48.6 in April, compared to 50.5 recorded in March. Indeed, China is struggling due to fragile and tepid economic recovery in the US and the crisis-hit European Union. Qu Hongbin, chief economist for China at HSBC, underlined: “New export orders contracted after a temporary rebound in March, suggesting external demand for China’s exporters remains weak,” adding that demand had already started to impact employment in this segment.

Certainly, the preliminary reading might have been a rather unsetting surprise as the strength of the manufacturing sector is considered to show the conditions of the world’s economy. The fact is that the China’s economy is slowing down, but some underline that it is natural after three decades of staggering 10 percent growth.

The reading by HSBC Holdings Plc has not instilled optimism. It seems that analysts are becoming more concerned about the state of the China’s economy especially after first quarter data indicated lower-then-expected growth of  7.7 percent. Some analysts hold an opinion that the latest flash PMI is the clear evidence that growth might slow down in the three-month period ending in June. Therefore many institutions believe that China will witness growth of 7.8 percent in 2013.

The new Chinese government has announced that it will take steps aimed at reducing the country’s dependence on exports. Indeed the authorities want growth to be driven by internal demand and consumption. Therefore it is not surprising that analysts expect the Chinese government to introduce new investment programs and measures aimed at boosting consumption in the near future.

The fact is that China has started struggling with demons of labor costs, income increases and environmental issues, thus growth is widely expected to be stagnant. It seems that the times of crazy growth have irretrievably elapsed.

Anna Domanska
Anna Domanska is an Industry Leaders Magazine author possessing wide-range of knowledge for Business News. She is an avid reader and writer of Business and CEO Magazines and a rigorous follower of Business Leaders.
« Chairman Schmidt champions tax records of Google
Yum affected by bird flu »
Leave a Comment
Close