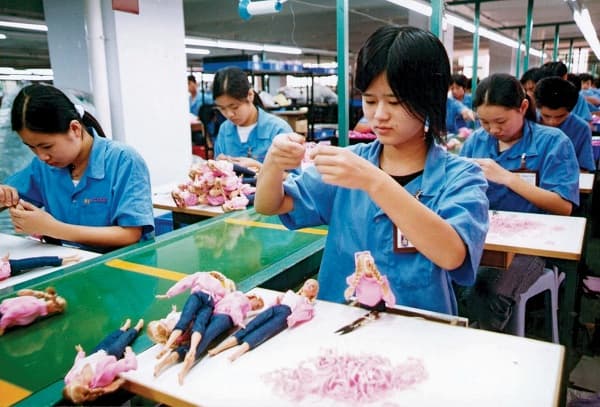 The storms of global financial crisis seems to be hitting China with a bang on its face, considering the seven month low manufacturing activity, continuing to remain below its boom-or-bust level for the month of June.

The manufacturing Purchasing Managers Index (PMI), released by HSBC, stood at 48.1 in June, lower than the 48.5 in May, signaling a deeper dent in the Chinese Manufacturing sector. An activity of above 50 is considered to be expansion and below 50, contraction, and China has been in the mode of contraction for the eighth consecutive month now.

Issued one week prior to the final PMI readings released by the National Bureau of Statistics and the China Federation of Logistics and Purchasing, the HSBC PMI readings are calculated based on around 400 small and medium sized companies. The official PMI index covers over 800 enterprises, inclusive of state owned and large enterprises.

Two major factors appear to be contributing to the decline in the manufacturing index.

With the key export countries, Eurozone and USA, showing decreased demand activity, the pressure seems to be building on the world’s second largest economy. Moreover, June has recorded the sharpest decline in the new export orders, ever since March 2009, causing an incremental pressure. Though, the exact figures for June will be known in July.

On a closer analysis for the future of manufacturing sector in China, the HSBC co-director of Asian economic research Qu Hongbin remarked, “With external headwinds remaining strong, exports are likely to decelerate in the coming months.”

The second most worrying factor is the domestic demand. The prices have been weaker and new orders have shrunken, suggestive of plummeting domestic demand, which poses destocking and higher inventory management costs for the Chinese manufacturers.

The annual growth rate for the first quarter is 8.1 percent, the slowest in three years for China. Considering the slack and downturn in Chinese Manufacturing market raising all the fears of a worse than expected setback, the Chinese government has revised the economic growth target to just 7.5 percent, downgrading itself from its 9.2 percent growth last year and 10.4 percent growth in 2010.

In reaction to the reprobating market conditions, China, on June 8, 2012 announced a cut in interest rates, first time in more than three years, and trimmed the reserve cash banks three times since December 2011, injecting more money in the market.

This comes as a positive development and decreases the momentum of a slowdown and the plausible crunches in the job market. More actions are already in the pipeline so as to reverse the slowdown. Approvals on bigger projects are speeding up, tax breaks and subsidies extension are being considered to encourage consumer spending. With time and as a repercussion to increasing Eurozone crisis, slowing U.S. Economy and the chances of exit of Greece from Eurozone, among other issues that may bother the giant Wall; China is expected to loosen its monetary policies to support the manufacturers, the backbone of Chinese economy.