China’s manufacturing grows in November; Chinese dragon is back

China’s Manufacturing PMI Hits An 8-Month Low, The Latest Sign Of A Slowdown 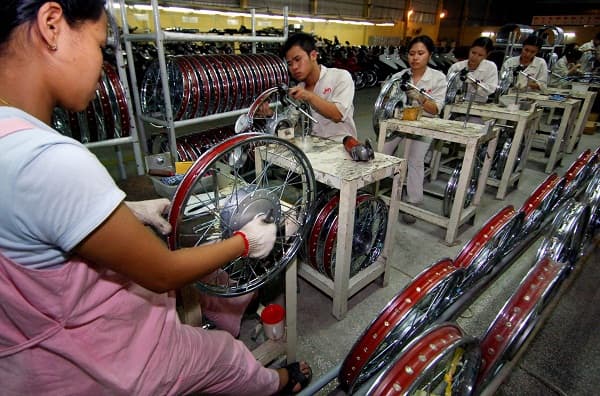 On the 1st of December, the National Bureau of Statistics released data on PMI in China which proves that the Chinese economy is showing signs of recovery. According the findings, the China’s PMI was 50.6 in November, up from 50.2 in October. Basically, the figures point out that the China’s economy is recovering after a slowdown.

The Purchasing Managers Index, which is a key indicator of the economy, reached 50.6 in November, compared with 50.2 in October. The result was in the line with analysts’ estimates. It is worth underlying that the China’s PMI in November was the highest result in seven months, showing that the Chinese manufacturing sector is growing after months of contraction. It was the second consecutive month when China saw the manufacturing sector grow.

The November’s result was certainly the improvement, taking into consideration figures from last months. The increase was most seen in larger companies. However output in small and medium companies saw a decline.

Government investment is believed to have been mainly responsible for improved results. Analysts underline that the government of China launched many projects and the economy has started showing signs of that.

Certainly data on the China’s PMI reduces pressure on the new leadership to introduce more policies aimed at supporting a growth rebound. In addition, there is a visible growth in confidence in China’s economy as analysts and investors believe that Xi Jinping’s administration will improve the investment conditions.

According to analysts, the growth in China’s PMI was significantly driven by new orders. Therefore the output is expected to be further accelerated in next months.

Chinese dragon is back

Since September China has witnessed a significant improvement in its economic health as many indicators including factory output, retail sales and investment have been showing that the government’s pro-growth policies are effective. In addition, investments are expected to extend the recovery in 2012. Many analysts are convinced that the China’s economy has been getting over the longest slowdown since the global financial crisis and that it is ready to increase.  Moreover, analysts highlight that the China’s central bank has moved carefully in easing monetary policy to support the economic growth.

The government of China  estimates this year’s growth to be 7 percent to 7.5. However, taking into consideration the strong economic results since September some analysts believe that China might see the growth of as much as 8 percent.

Anna Domanska
Anna Domanska is an Industry Leaders Magazine author possessing wide-range of knowledge for Business News. She is an avid reader and writer of Business and CEO Magazines and a rigorous follower of Business Leaders.
« Osram cuts jobs to save €1bn
Starbucks talks with HMRC might lead to change in its UK tax approach »
Leave a Comment
Close