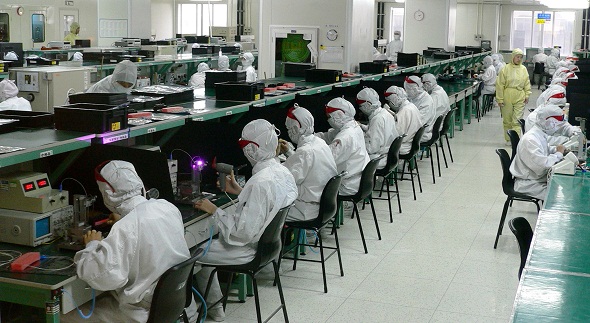 HSBC Holding stated that a measure of nationwide manufacturing activity edged up to 49.6 in June

In June, China’s manufacturing activity showed signs of stabilizing. Two nongovernment reports suggested that the economy might be gaining momentum, and other analysts anticipated to further the policy support to assure a more sure-footed recovery.

On Tuesday, the preliminary HSBC China Manufacturing Purchasing Managers’ Index (PMI), Beijing, where HSBC Holding stated that a measure of nationwide manufacturing activity edged up to 49.6 in June. But the final reading was still below 50, i.e. around 49.2 in May that separated expansion from contraction.

Annabel Fiddes – an economist at data provider Markit, said in a statement that as output and purchasing activity showed a sign of improvement, the flash manufacturing PMI was holding a mix bag of data in June. While manufacturers continued to slash jobs, with the June reduction – the largest reduction in more than six years.

Fiddes said that this suggests that companies have relatively stopped growth expectation because demand conditions, both in domestic, and international markets remain relatively subdued. She added that in the second quarter, the manufacturing sector has lost growth momentum, and Beijing might need to develop their efforts to activate growth levels, and employment vacancies in the second half of the year.

The preliminary Purchasing Managers’ Index (PMI) figure, also acknowledges the HSBC Flash China PMI, based on 85 per cent to 90 per cent of total responses to HSBC’s PMI survey every month, and is issued prior than one week, before the final PMI reading. Today’s PMI reading reinforces nation’s view that the economy has started to find its footing.

Anna Domanska
Anna Domanska is an Industry Leaders Magazine author possessing wide-range of knowledge for Business News. She is an avid reader and writer of Business and CEO Magazines and a rigorous follower of Business Leaders.
« Samsung’s new transparent Safety Truck promises to save lives
IBM and BOX declare a global partnership to advance cloud solutions »
Leave a Comment
Close