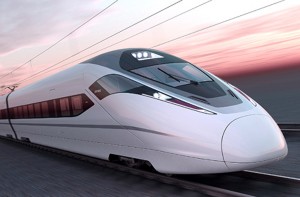 Could China be turning over a new leaf after more than three decades of letting pollution levels reach record highs with the dramatic economic growth it has witnessed?

China is the world’s biggest greenhouse gas emitter, number one energy user and arguably the most polluted nation on earth, explicitly stated in the International Energy Agency’s estimates that Europe’s plan to extend 1990-2020 carbon dioxide cuts from 20% to 30% would equal only two weeks of China’s emissions.

Is the country, slowly but surely, re-positioning itself as a leader in sustainability and un-tagging the ‘leading in waste and pollution levels’ label it currently bears?

That’s what the new high speed rail station to be powered by the world’s largest solar roof would suggest!

China Sunergy, a solar cell and module manufacturer based in Nanjing, China, has recently signed a deal with CEEG (Nanjing) Solar Energy Research Institute to put together the world’s largest Building-Integrated Photovoltaic (BIPV) project and supply the 7MW solar modules for the Nanjing South Railway Station.

Mr. Stephen Zhifang Cai, CEO of China Sunergy said of the BIPV project, “We are very happy to see our high-quality solar panels being used in this landmark project, which will certainly raise public awareness and appreciation of renewable energy. We look forward to playing an increasingly bigger role in building China’s eco-friendly projects.” 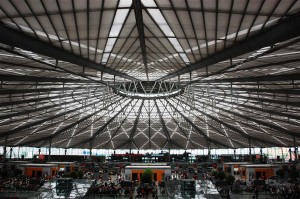 China’s commitment to reducing carbon emissions and developing renewable energy has been demonstrated before when the Shanghai Hongqiao Railway Station went on the grid in July 2010 with a 6.7 MW solar roof integrated into the building’s awnings.

Yu Hailong, general manager of the China Energy Conservation and Environmental Protection Group (CECEP), the project’s developer, said in July that the BIPV technology will “help stimulate the development of solar energy in China and promote the construction of more environmentally friendly railway stations”.

High speed rail figures at the top in China’s priority list of allocating investments worth $1.5 trillion in its seven key industries ; China envisages high-end equipment manufacturing, including high-speed rail and aviation equipment, becoming a pillar of economic growth alongside energy-saving and environmentally friendly technologies, biotechnology and new generation information technology such as telecoms and the Internet, according to a statement issued following an executive meeting of China’s State Council, or Cabinet, which was chaired by Premier Wen Jiabao in September 2010.

Given the emphasis laid by the Chinese Government on ‘new energy’, ‘new energy vehicles’ AND ‘high-end equipment manufacturing’, and given the country’s recent record of achieving growth with the kind of leaps and bounds that no one would have deemed possible for a country with so many socio-economic problems, any doubts left as to who the Green leader of the future will be ?