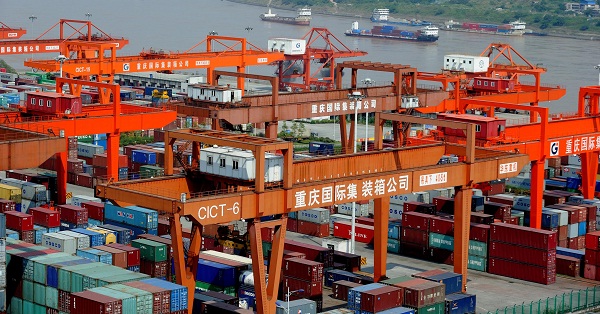 Latest data showed that China’s exports in December topped analysts’ estimates, climbing more than 14 percent. The larger-than-expected jump in China’s exports raises hopes that the new leaders will be able to sustain the increase following several quarters of visible slowdown. Analysts have welcomed the results despite the fact that the recovery of the world’s second economy is still uncertain.

According to data released by official authorities on the 10th of January, China’s exports in December climbed slightly over 14 percent from a year earlier, exceeding analysts’ estimates ranging from about 4 percent to roughly 5 percent. In November, China saw its exports surge nearly 3 percent. The findings showed that there was a visible increase in demand from the United States which happens to be the China’s No. 1 trading partner. Just in 2011, the United States temporarily superseded the European Union as China’s largest export market amid the European debt crisis. However the US market and EU market together comprise approximately one-third of China exports in 2012, according to the official figures released by the General Administration of Customs .

As for the US, China’s shipments to its No. 1 trading partner grew approximately 10.3 percent in December to nearly $352 billion, following a 2.6 fall noted in November. In comparison, China saw its exports to EU also grow roughly 2.3 percent in the month to about $334 billion, after seeing six months of decreases.

Data, which was released by the General Administration of Customs, showed that the value of imports increased approximately 6 percent in December, compared to a zero growth noted in November and the analysts’ estimate of a 3 percent growth. The official findings also showed that the country noted a  December’s trade surplus of over $31.5 billion. In addition, China saw its trade surplus climb as much as 48.1 percent to roughly $231 billion in 2012 from a year ago.

The sharp growth in China’s exports surprised analysts. Yet analysts are not convinced that the 14 percent growth in exports seen in December is a sign of a continuing recovery. On the other hand, the official data might suggest that the China’s economy grew as much as 8 percent in the fourth quarter of 2012.

Even though the findings surprised, the world’s second economy is likely to face new challenges and uncertainties in 2013. Yet Chinese authorities strongly believe that the economy will be in much better shape in the current year, compared to 2012.  A spokesman for the General Administration of Customs underlined that Chinese authorities expected the trade environment to recover, but taking into consideration situation in the US and Europe, these hopes might be fickle.

Analysts highlight the uncertainty revolving around the fiscal cliff in the US, the American economic slowdown and the European debt crisis which might cast a shadow on the China’s export outlook. According to some analysts, the 14 percent growth in China’s exports was temporary, and the export growth would be single-digit in the next months.