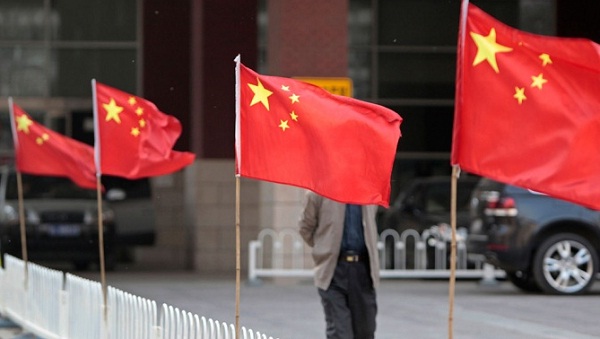 China's GDP rose to 7.9 percent in the fourth quarter

Newest data showed that China’s economic growth in the fourth quarter sped up for the first time in two years, but 2012 growth was the weakest in 13 years. It seems that the uncertain economic outlook might force the government to support further growth.

On the 18th of January, the National Bureau of Statistics issued the fourth quarter results. According to data, China saw its gross domestic product increase as much as 7.9 percent in the last three months of 2012 from a year earlier. In the third quarter, China’s GDP rose about 7.4 percent. The fourth quarter results modestly topped analysts’ projections of 7.8 percent growth in the China’s economy. The National Bureau of Statistics noted in a statement: “Overall the economy has been stabilizing.”

As for December 2012, industrial output climbed as much as 10.3 percent year on year, exceeding analysts’ forecasts. Data showed that retail sales in December increased approximately 15.2 percent from a year earlier. 2012 non-rural fixed-asset investment jumped roughly 20.6 percent, according to the figures released by the National Bureau of Statistics.

Official data also showed that the China’s economy grew approximately 7.8 percent in 2012, slightly exceeding the analysts’ estimate of 7.7 percent, but it was the weakest expansion in about 13 years. The 2012 expansion was significantly down from 9.3 percent growth in 2011 and 10.4 percent growth in 2010. The government was prepared for the low result as its target for annual GDP growth was 7.5 percent. However the momentum in the three final months of 2012 was quite strong, analyst underline that still it was not an astounding increase though.

Analysts note that the recovery is likely to accelerate in the first six months as infrastructure projects are being introduced. The new Premier Li Keqiang, who is due to take charge in March, will most certainly face tougher times in the second half of the year as stimulus effects weaken. Yet they are convinced that the China’s economy will continue to be quite solid in the first six months of 2013 despite the fact that the growth is likely to slow down. The slowdown is expected as the China’s economy is in transition and growth of 10 percent is not likely to be seen as the country is shifting from a low-income nation to a middle-income one.

Certainly slower growth in the U.S. and the European debt crisis will have still an impact on the condition of the China’s economy. But the economy and its condition are the priorities of the new leaders Xi Jinping and Li Keqiang. New leaders have promised to implement necessary structural reforms to sustain long-term growth and create jobs. All steps are aimed at maintaining social stability, while introducing new priorities of expansion, namely, “quality and efficiency.” Some believe that Chinese leaders might be forced to change its growth model based mainly on investment and exports.

Analysts estimate that the China’s economy might expand about 8.1 percent in 2013, while the World Bank expects to see a growth of roughly 8.4 percent. According to sources close to the officials, China’s GDP growth will be approximately 7.5 percent in the current year.