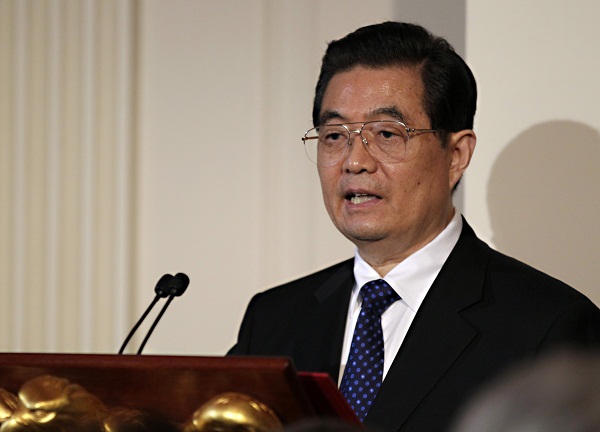 Hu Jintao, the President of the People's Republic of China

China’s economic growth slowed in the third quarter ended in September, missing the government’s target. Data showed that China’s economy fell to the lowest level in over three years, yet retail sales and other activity accelerated and it is viewed as the sign of recovery.

However data showed that industrial production, retail sales and investment were all slightly ahead of estimates. As it was stated by analysts, this might suggest that the worst was behind the world’s second largest economy and that China’s economy would pick up in the fourth quarter of the year. Kevin Lai, an economist at Daiwa, is convinced that the growth in the final quarter should be above 8 percent.

Economic activity in the third quarter was up by approximately 2.2 percent from the previous period and it was the biggest quarter-on-quarter gain. Dariusz Kowalczyk, senior economist for Credit Agricole CIB in Hong Kong, noted: ‘‘This confirms that the economy is rebounding from the trough in the first quarter of this year,’’ adding that there was no need for further stimulus.

The government of the People’s Republic of China made modest efforts to encourage the growth in 2012 as they tried to avoid launching massive stimulus after spending a lot in response to the 2008 financial crisis. The more cautious easing monetary policy is also caused by an upcoming once-a-decade leadership transition which is to take place in November.

China’s economy has grown at an average of approximately 10 percent a year for the last three decades, making the country the world’s second largest economy. In parallel, China’s markets have opened to the rest of the world resulting in a spectacular increase in trade.

But even China’s economic growth has been affected by the recent developments in the markets. Moreover the recent economic slowdown in China can be blamed on a variety of factors. The government of the People’s Republic of China aimed for a slight deceleration as it tried to subdue both real estate boom and rapid inflation. China’s economy, however, has slowed down more than initially expected. Certainly the recent events such as the European debt crisis and lackluster growth in the U.S. resulted in decreasing demand for China’s exports.

Anna Domanska
Anna Domanska is an Industry Leaders Magazine author possessing wide-range of knowledge for Business News. She is an avid reader and writer of Business and CEO Magazines and a rigorous follower of Business Leaders.
« Danone revenue misses estimates as European markets struggle
Cairn Energy to drill in Arctic waters and Morocco »
Leave a Comment
Close