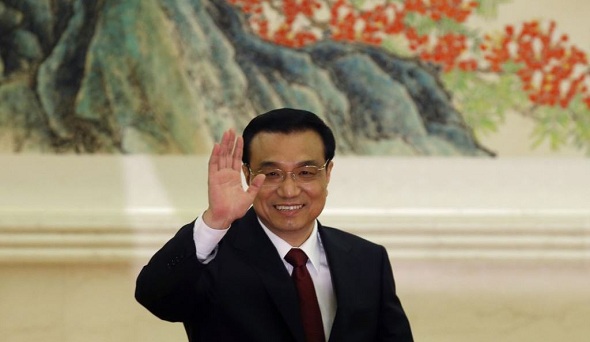 China which is the largest carbon emitter is currently measures to cut down its carbon intensity which is also known as emissions per unit of GDP, by 16 to 17 percent by the end of 2015

China’s carbon emission of carbon intensity has declined by 5 per cent this year, which has been marked as the largest progress in recent years, Chinese Premier Li Keqiang said on Tuesday.

“China’s economy maintained medium-high growth in the first half of this year while its carbon emission has achieved the largest reduction this year, down by 5 per cent year on year,” Li said at a meeting in Beijing with Gaston Browne, Prime Minister of Antigua and Barbuda, an island country in the Caribbean.

Climate change was one of the core topics of discussion during the political meet between the two leaders. China which is the largest carbon emitter is currently measures to cut down its carbon intensity which is also known as emissions per unit of GDP, by 16 to 17 percent by the end of 2015. The nation has taken stringent steps towards reduction of pollution by fossil fuel utilization and to amplify renewable energy production as well as by making transportation and industry more green and efficient.

Li remarked on how the sovereign state is making strenuous efforts to be combat climate change. He said that China’s 1.3 billion people must carve the importance of energy and environment in their hearts to appreciate rejuvenation.

“China will speed up a green and low-carbon economy through reform and innovation in order to follow a sustainable development path,” Li said.

China’s emissions in the last two decades have risen drastically, overtaking US in 2006, which was then the biggest producer of CO2 emissions. Earlier this year in June, He Jiankun, chairman of China’s Advisory Committee on Climate Change, said in a conference in Beijing that the country will soon be introducing an absolute cap on emissions.

Li also called out for a partnership with the twin-island nation with respect to infrastructure and green growth. There are probable chances of a likely partnership between China, Antigua and Barbuda in terms of development of green energy development as well as economy sharing to upgrade bilateral cooperation through people-to-people exchange.

“We are willing to deepen mutual political trust and strengthen cooperation in infrastructure development such as road, airport and port construction,” Li said.