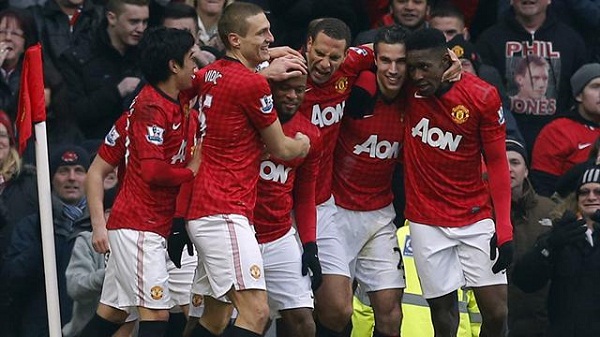 The Wahaha Group Co.’s three-year sponsorship deal with Manchester United Plc is aimed at popularizing the Qili drink in China, according to a statement released on the 16th of January. Shan Qining, a spokesperson for Wahaha Group Co. owned by the China’s richest man, Zong Qinghou, underlined that the multi-time English soccer champion would use the drink as a part of the agreement.

Under the terms the sponsorship deal, Wahaha Group Co., over 80 percent owned by China’s billionaire Zong Qinghou, will run ads and promotions such as competitions, and winners of these contests will be given the opportunity to train at famous Manchester United Academy. Manchester United is popular among Chinese sport fans and it is estimated that it has approximately 110 million admirers in China itself and as much as 190 million in Asia.

As it has been highlighted by the China’s richest person, the Wahaha Group Co.’s sponsorship deal with Manchester United Plc is a beginning of new era in the history of the beverage producer. In addition, Richard Arnold, commercial director at Manchester United Plc, underlined the significance of the deal, stating: “Wahaha is one of the most iconic brands in China and one that has come to symbolize the dynamism and strength of the modern Chinese economy.”

The Manchester United Credit Card will be popularized among over 100 million consumers of China Construction Bank which happens to be the second largest by market value in the country.

The inked deals are expected to support the legendary soccer team’s ties with its faithful and devoted fans in Asia, in particular in China, according to Richard Arnold.

Despite the fact that 19-time English soccer champion Manchester United did not disclose the value of these sponsorship deals, its share price on the New York Stock Exchange climbed slightly over 5.2 percent on the 15th of January. The legendary soccer team inked several sponsorship deals in 2012 as its top officials have been trying to pay down its debts for some time. Back in November 2012, Manchester United informed that its debt was worth approximately $640 million.

China, the world’s second economy, is emerging as an important player and a significant commercial investment target as well. Therefore it is not surprising that Manchester United Plc decided to sign contract with Wahaha Group Co. and China Construction Bank Corp.