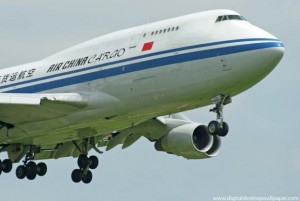 The contradiction between a lower-than-forecast growth in export demand and significant capacity increases on some routes has caused China’s air freight sector to be looking at low rates and yields according to various air cargo executives.

“There is a capacity issue,” said Roberto Gilardoni, Commercial Director at CargoItalia, in a statement. “The number of charters into the market is huge.”

Speaking at Air Freight Asia 2011 in Hong Kong this week, Gilardoni admitted that many airlines had misconstrued the heavy traffic during the first half of 2010, when recovering demand was inflated by restocking.

“We predicted more growth last year in China,” he said. “We expected 25% over 2009, but this was not uniform. Europe grew 15-20% last year in the first six months and then slowed, but capacity into Europe grew by 40%…Airlines made mistakes.”

This additional cargo capacity and lower than expected demand growth has culminated in a rates war among ex-China cargo, in turn pushing down airline returns.

According to John Cheetham, Regional Commerical Manager for Asia-Pacific at BA World Cargo, austerity measures in Europe have already been hitting demand. However, he predicted that China could expect some export market recovery in the short term through product launches like the new iPad.

“However, the underlying rate trend on intercontinental business will be influenced by consumer demand from the western economies”, he said in a statement, adding “time will tell as to how austerity measures and stimulus packages and so on will impact consumer demand.”

Lui Shaocheng, Director of Policy at the Civil Aviation Administration of China, while speaking at Air Freight Asia 2011 in Hong Kong this week, said that the country’s airlines were finding it hard to compete against multi-national integrators in international markets. He also admitted a more streamlined industry might help.

“We could see more consolidation, this has been proposed,” he said in a statement. “We are encouraging domestic carriers to restructure and improve capacity before any merger…  There are not many restrictions on mergers. We hope they [mergers] will be regulated by the market, not government initiatives.”

China Eastern’s profits surged tenfold after it took over Shanghai Airlines, while Air China’s net income for the year jumped 200% after it took control of Shenzhen Airlines. The third, China Southern is the major stockholder in Xiamen Airlines and Chongqing Airlines.

Roberto Gilardoni, Commercial Director at CargoItalia, believed the consolidation of China’s airlines had only just started. He predicted the emergence of “one or two mega cargo providers”.

John Cheetham, Regional Commerical Manager, Asia Pacific, at BA World Cargo, said further consolidation was “unavoidable”, adding “It’s a question not of if, but when.”

In a contradictory view, Robert Song, VP, Asia and Pacific, AirBridgeCargo Airlines, warned that pushing the biggest carriers together could prove counterproductive. “That’s not good for anyone,” he said, “they need competition; it’s a huge market”.

He said that, despite China’s uniform Customs regulations, their widely varying local implementation favoured multinational firms that already controlled some 80% of the air cargo market.

“Although the pie is getting bigger, competition is also becoming more intense,” he said. “Many of the 30,000 small couriers will have to merge to stand up to these conglomerates, or go out of business.”