TAGS:
According to the factory data released beginning this week showed that business conditions in the first quarter mostly remained dull. China's economy has been slackened after a decade of double-digitChina Economy NewsChina Finance NewsChina Real Estate NewsEconomic Slowdown news

In an effort to keep the world’s second largest economy on track for steady growth, China’s leaders have adopted new measures to accelerate spending on railway lines, upgrade housing for low-income households and lower tax rates for smaller companies. 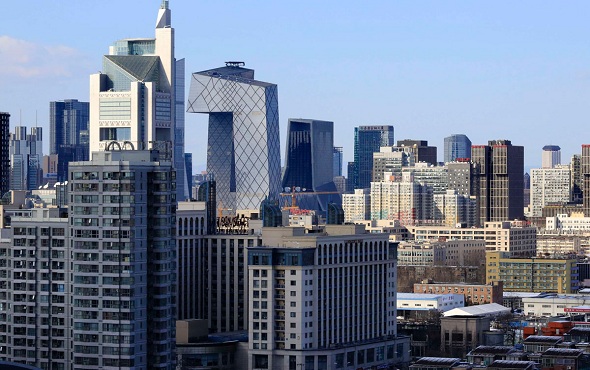 The move comes as signs mount that China’s economy continues to be sluggish, increasing fears it may expand less than the 7.5 percent that the country’s leaders have targeted

The move comes as signs mount that China’s economy continues to be sluggish, increasing fears it may expand less than the 7.5 percent that the country’s leaders have targeted. According to the factory data released beginning this week showed that business conditions in the first quarter mostly remained dull. China’s economy has been slackened after a decade of double-digit growth as its communist leaders try to shift the economy’s focus to improving the livelihood of its citizens and establishing a long-term sustainable funding channel for infrastructure projects

“We will find innovative ways including fiscal and financial methods to steady economic growth,” the cabinet said in a statement on the government’s website.

The government said it would reduce tax rates for smaller businesses by relaxing the criteria that allows them to get bigger tax breaks. This policy will be extended to the end of 2016, the government said.

The Chinese cabinet decided after its weekly meeting that it will accelerate the construction of rail projects that have been approved.  It plans to open 6,600 kilometres or 4,100 miles of new rail lines this year, an increase of 1,000 kilometres or 620 miles from last year. Prime Minister Li Keqiang had said the government would invest 1 trillion yuan ($161bn) to build or renovate homes for 4.7 million people currently living in makeshift shelters.

Increased construction of railway lines will foster investment, the largest driver of China’s economy, and which is rising at its slowest rate in at least a decade as the country moves towards consumption-driven growth. In recent years, railway projects in China gained disrepute for their increasing corruption and heavy debt load, problems that resulted in a series of corruption scandals at the Ministry of Railways that led to its dissolving in March 2013.

The Chinese government said that the railway investment will partly be financed by bank loans. Officials will also create an annual fund worth 200 billion yuan ($32.2 billion) to 300 billion yuan each year that is open to private investors. For this year, China will issue 150bn yuan of bonds ($24bn; £14.4bn) this year to finance railways in the less-developed central and western regions. This new mini-stimulus is pushing output forward to help China meet its growth target this year.