MIT Nanocrystals that can be used to track down counterfeit goods 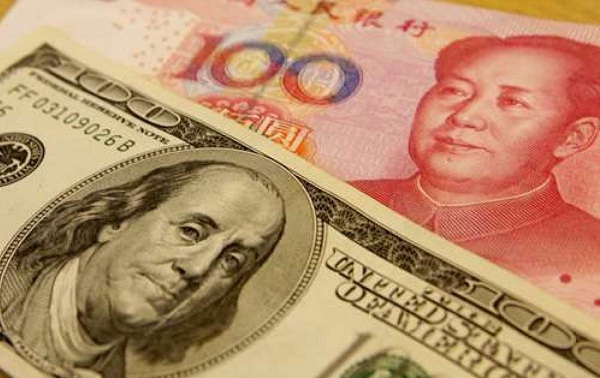 China is expected to overtake the US in 2016

According to the new study by the OECD, China will witness economic growth of 8.5 percent in 2013. To secure its economic growth, Chinese authorities should be more focused on crucial reforms in several areas. If China secures the rate of economic growth, it will replace the United States as the world’s largest economy in 2016.

Light in the near future

On the 22nd of March, the Organization for Economic Co-operation and Development released its study on economic growth of China. As it was stressed in the OECD report: “Recent OECD simulations suggest that China could maintain high, though gradually easing, growth during the current decade.” According to the OECD estimates, China will see its economy expand around 8.5 percent in 2013 and almost 9 percent in 2014.

The report, which was issued in Beijing, indicated that the world’s second economy should not be in constraints of uncertainty. The fact is that the OECD report delivered one of the most positive outlooks for China’s economy in the near future as its estimates differed significantly from other forecasts.

In addition, Economic Survey of China by the OECD indicated that the world’s second economy was on the best road to replace the United States as the world’s number one in 2016 taking into account purchasing power parity (PPP). According to the assessments, China will note median 8 percent growth per capita in the ongoing decade.

In contrast, analysts believe that China will see its economy expand by only 5 percent in the decade, compared to the staggering 10 percent average annual pace seen in the last 30 years. In addition, Chinese authorities have recently announced that their estimates indicated a possible 7.5 percent growth in 2013. As for an expected rate in a five-year plan ending in 2015, the world’s second economy predicts a 7 percent expansion.

As it has been underlined by the OECD as well as independent analysts, China needs to continue reforms otherwise its prospects will be thrown away

Risks on the road to grandeur

Without a doubt, securing economic growth requires commitment and dedication to reforms. Without implementation of the most needed reforms, further rapid economic growth will not be possible. The OECD underlined in its study on China that Chinese authorities would have to focus on large scale-reforms aimed at development and the process of urbanization.

China will undoubtedly face many risks and challenges on its road to grandeur, including slowdown in the global economy, increases in property prices in the domestic market, speculation in real estate market, etc. Therefore the OECD believes that China should focus on reforms in areas such as the  process of urbanization, the issue of state ownership and R&D as well. Even though these areas still need to be reformed, China has tided over the global financial crisis in a better shape than other countries.

If China puts in use all these recommendations of the OECD, the maintenance of further economic growth will be significantly eased.