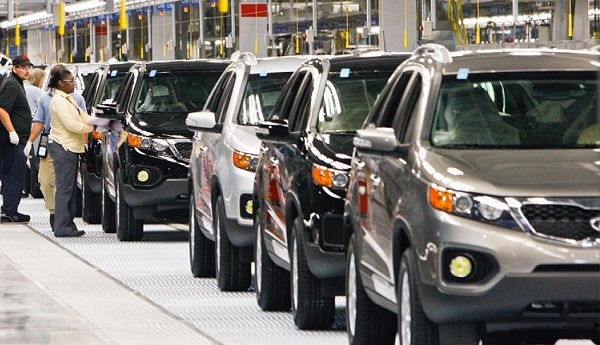 China plans to impose additional duties on U.S. auto imports. China’s commerce ministry believes that vehicles were being dumped in the Chinese market, substantially hampering China’s domestic market. Shen Danyang, Ministry of Commerce spokesman, believes that this move is fair and based on the law.

The new tariff will probably have a main symbolic function rather than reduce the insufficient sales of imported vehicles in China. This new tariff totals up to nearly 22 percent of the import prices. Other taxes and tariff which have already been levied have limited sales of import by America helping China raise three times its retail price.

This has caused an escalated tension between China and America over the matters of international trade. According to the China’s commerce ministry website, penal levies for autos from General Motors Co. will be as high as 12.9 percent and for Chrysler Group LLC will be 8.8 percent. The duties faced by the U.S. units of Bayerische Motoren Werke AG and Daimler AG will be 2 percent and 2.7 percent respectively.

Taxes will be charged on cars with larger-engine from several manufacturers, of which would be a few European firms with factories in the US. Models from General Motors, Chrysler, Mercedes Benz and BMW that have been made in the US are a major prey to this trade dispute.

There was a sale of nearly 23,482 Chrysler vehicles in China last year and it aimed to increase deliveries to 40,000 this year. But it now seems to be difficult with the new tariff plan popping up.

JP Morgan’s General Manager, Himanshu Patel commented that, “Tariffs will help accelerate GM’s localization plan. It will have a modest impact on GM because most of the automaker’s vehicles imported to China are low-volume models such as the Buick Enclave and Cadillac SRX sport-utility vehicles.” Klaus-Peter Martin, GM’s spokesperson said, “Our goal is to build where we sell.”

The plan of levying additional duties has paved way for immediate criticism from the Obama administration. The plan of executing import levies came three months after China’s appeal of a ruling backing U.S. duties on tire imports was rejected by the World Trade Organization.

The Officials of the United States Trade Representative are very disappointed with this action by China. They are looking forward to discuss this with both the stakeholders and Congress in order to determine the best solution for the issue.

The Commerce Ministry Of China, who had conducted a two-year trade investigation of the American imports, had yet not given any explanation on its decision to impose taxes.

Passenger car sales in China had the slowest rise in six months in November, as monetary tightening and

Demand broke due to elimination of government incentives. According to the China Association of Automobile Manufacturers, Vehicles needed for wholesale deliveries like sport-utility vehicles and minivans, rose 0.3 percent last month bringing it to 1.34 million. The automobile sales in China slowed this year from that of last year’s record.