China Guangdong Nuclear Power Group Co., a Chinese state-owned nuclear power company, interested in acquiring a stake in one of the world’s largest uranium projects, has made a £756m offer for a takeover of Kalahari Minerals Plc.

With oil prices surging, China has been scrambling to secure alternative, and increasingly scarce, sources of energy. Husab, the world’s fifth-largest known primary uranium deposit in Namibia, is owned by Australian Explorer Extract Resources. With Kalahari owning 43% of Extract, taking over Kalahari would mean acquiring a stake in Husab – a very tempting deal for a number of major powers looking at investing in alternative energy.

China Guangdong’s offer for Kalahari is 17% above the average price of the target’s shares in the 20 trading days before the announcement.

If completed, the move would constitute one of the largest investments made by China in a London- company and the latest of a series of deals in which Chinese groups have acquired strategic mineral concessions in Africa.

Extract too? No thank you. 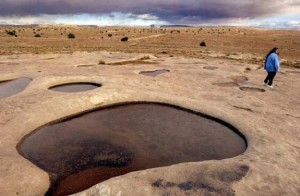 Uranium Mine and Mill

With Kalahari owning 43 percent of Extract, Australian rules would normally require China Guangdong to make an offer for all of the company. However, according to Simon Tonkin, an analyst at Patersons in Perth, China Guangdong wants to buy Kalahari without triggering a bid for all of Extract.

China Guangdong has said in a statement that its proposed bid is conditional on the Australian Securities and Investment Commission (ASIC) granting an exemption with regards to China having to make a takeover offer for Extract while allowing it to acquire more than 20 percent of Extract through the Kalahari takeover. An agreement with ASIC on an exemption from provisions of the Australian Corporations Act may include a requirement to “make a downstream offer to Extract shareholders,” the Chinese company said.

The Australian explorer Extract on the other hand has announced in a statement that it will address “any proposal or offer for Extract at the appropriate time”. Also, Extract has said that the exemption should proceed only if shareholders of Extract are “not disadvantaged in any way” and can receive “no less than equivalent terms to those offered to Kalahari shareholders,” the Perth-based company said today.

China may raise its 2020 target for atomic power generation to 86 gigawatts, with annual investment of 70 billion yuan ($10.7 billion), the state-run China Daily said Jan. 26. In comparison, capacity may total 11.7 gigawatts by the end of 2011, the National Energy Administration said.

The country is likely to surpass the U.S. as the world’s largest consumer of uranium during the 2020s as the nation’s imports rise sharply to feed a growing nuclear industry, a high-level energy official was reported as having predicted.

China is planning to construct as many as 187 nuclear reactors in addition to the 13 it already has, according to the World Nuclear Association.

CRU, a commodities consultancy, said Chinese demand for uranium would quadruple in the next 10 years and by 2030 the country was expected to surpass the US as the world’s largest consumer of uranium.