China strikes back with anti-dumping probe on EU wine 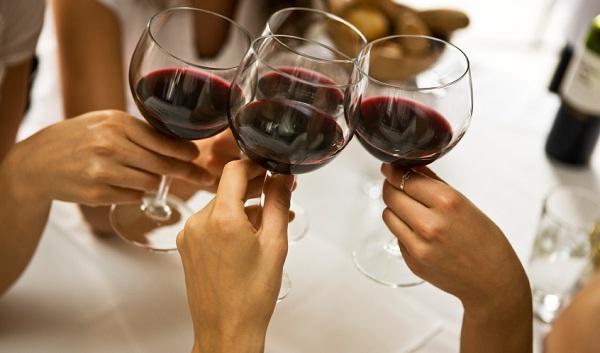 It was widely expected that China would strike back. And the Asian dragon did as it launched anti-dumping probe on EU wine which is simply a counterattack as the world’s second economy cannot resign itself to the European Union’s step to impose tariffs on Chinese solar panels.

Not out of the blue, on the 5th of June, the Chinese’ Government informed that it decided to start an anti-dumping investigation into EU wine. According to the official words, the Chinese wine industry asked for the probe. It was highlighted in a released statement: “The Commerce Ministry has already received an application from the domestic wine industry, which accuses wines imported from Europe of entering China’s market by use of unfair trade tactics such as dumping and subsidies.”

It may come as no surprise that the China’s Commerce Ministry strongly ensured that the anti-dumping probe on EU wine would be conducted on the right side of the law. In addition, it was underlined that the country witnessed a stronger flow of wine imports from the European Union itself.

According to data,  the Asian dragon recorded staggering 430 million liters of imported wine in 2012. The detailed findings indicated that approximately 60 percent of wine imports came from the European Union.  But it seems that the anti-dumping probe on EU wine will be the most felt by France as the country exported staggering 170 million liters to China in 2012.

No question that the Chinese anti-dumping probe on EU wine is the counterattack. Interestingly, the simple reason for launching the investigation was the implementation of tariffs on Chinese solar panels which became the apple of discord between two big trading partners.

Just on the 4th of June, Trade Commissioner Karel De Gucht informed that the EU had decided to impose the initial duty of 11.8 percent on Chinese solar panels, underlining at the same time that the price of this product should be almost 90 percent (sic!) higher than the present price tag.  If China does not change the course, the country will saw tariffs jump to staggering 67.9 percent.

The move is indeed painful for Chinese manufacturers as their solar panel exports to the EU in 2011 amounted to around $27 billion.

Taking into account the decision of the European Union, analysts are not surprised at all by the launch of the Chinese probe on EU wine. This is common practice in the world of politics and trade – “an eye for an eye, a tooth for a tooth.”

But as it was underlined by the Chinese authorities, they did everything to end the dispute through further negotiations. After the launch of the Chinese investigation, analysts believe that the new round of talks will start.

Anna Domanska
Anna Domanska is an Industry Leaders Magazine author possessing wide-range of knowledge for Business News. She is an avid reader and writer of Business and CEO Magazines and a rigorous follower of Business Leaders.
« Intel nudges past ARM sales figures
Sales in UK make Tesco dizzy while global performance disappoints »
Leave a Comment
Close

On April 20, Apple CEO Tim Cook will take the stage to walk us down memory lane. The company’s ‘Spring Loaded’ event on Tuesday will usher in the launch of Apple’s next-gen
37 mins ago

Facebook Inc. on Monday announced it will launch several audio-centric products that can help it compete against Clubhouse, an audio-only chatting app that exploded in popularity d
43 mins ago

One of the most trusted pioneers of technology in the automotive sector, Toyota Motor Corp. has finally revealed the future of the EV segment by showcasing its new SUV, encompassin
24 hours ago