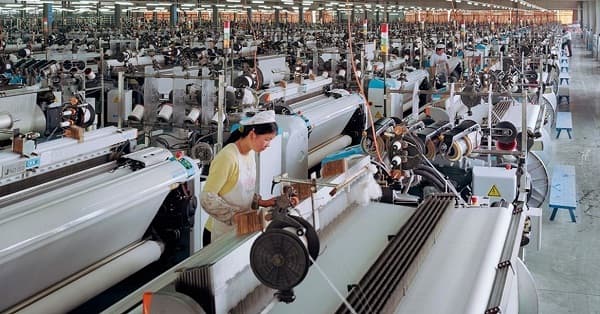 China saw its industrial profit climb in April as the energy and automotive sectors visibly accelerated. Yet the Chinese officials pour cold water on hopes that the economy will recover at the faster pace.

On the 27th of May, the National Bureau of Statistics issued its official data on industrial profit in April, showing that China witness a visible acceleration in the month. According to the findings, net income climbed approximately 9.3 percent in April on a year-on-year basis to nearly $71.5 billion. It was indeed a pleasant surprise when compared to a 5.3 percent growth recorded for March. However, Yu Jianxun, an official at the National Bureau of Statistics, underlined in a statement: “April’s 9.3% on-year growth is calculated based on a 2.2% on-year decline in April of last year while March’s 5.3% growth is based on last March’s 4.5% growth,” cooling the raising optimism about the strength of the China’s economic recovery.

As for profit in the first four months ended April, it surged around 11.4 percent, compared to 12.1 percent growth noted in the first quarter.

Furthermore, as it was highlighted by the officials, there were some industries which mainly pushed profit growth -namely electricity and thermal power production, car manufacturing and electronic equipment sectors. The detailed findings showed that 30 out of the 41 industries recorded profit growth in the first four months of the year ended April from the same period a year earlier. According to data, profits of producers of computers, equipment and electronics climbed nearly 45 percent in the period on a year-on year basis, while companies in heat production and supply sectors recorded a staggering 92.5 percent jump in profits.

In addition, the findings indicated that ferrous metal smelting and rolling industry saw their profits jump slightly over 38.5 percent in the fourth-month period from a year earlier. However, oil and gas exploration companies noted a nearly 8 percent slump in their profits in the period on a year-on-year basis.

Analysts note that industrial profit will face many challenges in the near future as they believe that producer price inflation on the decreasing track. The officials also underline that the increase recorded was caused by a low comparative base, thus the results were so encouraging. In addition, they strongly believe that China’s economy will without a doubt struggle due to anemic domestic as well as external demand  which is much affected by the crisis-hit EU.

The findings on industrial profit in China came just few days after HSBC Holdings Plc released its flash manufacturing PMI which undeniably spoiled investors and analysts’ humors as it showed that factory activity contracted in May for the first time in seven months. The fact is that the results from HSBC Holdings Plc have just strengthened concerns over the China’s economic recovery.

However, data on industrial profit dispersed some black clouds gathering over China. Yet, analysts note that if the growth continues to slow down toward depressing (for China’s standards)  7 percent, the government should consider introducing easing measures.

Just earlier in May, Premier Li Keqiang highlighted that analysts should not expect any easing measures to be implemented as China would repose hopes in the market mechanisms from then on. The easing steps will be taken only under the extraordinary circumstances.

Anna Domanska
Anna Domanska is an Industry Leaders Magazine author possessing wide-range of knowledge for Business News. She is an avid reader and writer of Business and CEO Magazines and a rigorous follower of Business Leaders.
« Facebook Phone flops in US, will not debut in UK
Annihilation of UK High Street nears as one in five stores to close »
Leave a Comment
Close